Infinix X3 Smart TV is expected to launch in India by the second week of March and will be priced aggressively. 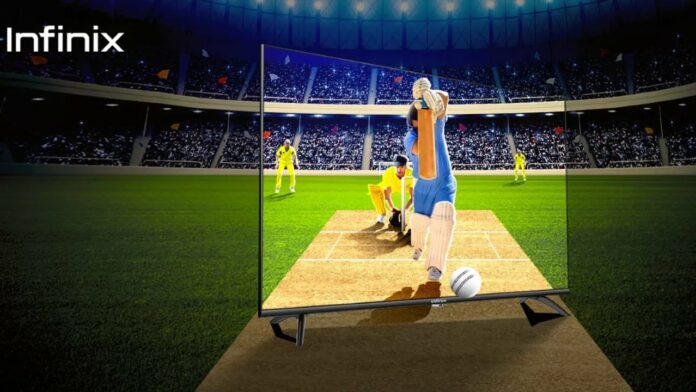 Infinix has already confirmed to launch two new televisions in the Infinix X3 series this month in India. These TVs will come in 32 inch and 40 inch sizes. Now ahead of the official launch, the key features of Infinix X3 Smart TV series have been revealed by Flipkart.

As per the Flipkart listing, the the 32-inch model of the Infinix X3 Smart TV will feature an HD resolution. The 40-inch model will come with a Full-HD+ resolution. Both the TVs have 96% screen-to-body ratio, up to 400 nits of peak brightness and will support an 85% NTSC color gamut.

For audio, the sries will feature a 36W quad-speaker setup with Dolby Audio support. In addition, the remote will come with buttons for YouTube, Google Play, Netflix, and Assistant.

Moreover, the TVs will run Android 11 based software. They will have built-in Chromecast and Google Assistant support.

The Infinix X3 Android TV is expected to launch in India by the second week of March and will be priced aggressively, says the company. Currently, the Infinix X1 32-inch HD smart TV comes at Rs 12,999 on Flipkart. The 40-inch Infinix X1 is priced at Rs 17,999 and 43-inch model is available for Rs 19,999.

Infinix launched X1 TVs in 32 inch, 40 inch and 43 inch sizes last year. Infinix X1 series smart TVs run on a Mediatek quad-core processor with 1GB of RAM and 8 GB of ROM. They come loaded with built-in Chromecast for connectivity to apps such as Netflix, Amazon Prime, YouTube, etc. and Google assistant to have a personalised and hands-free experience.