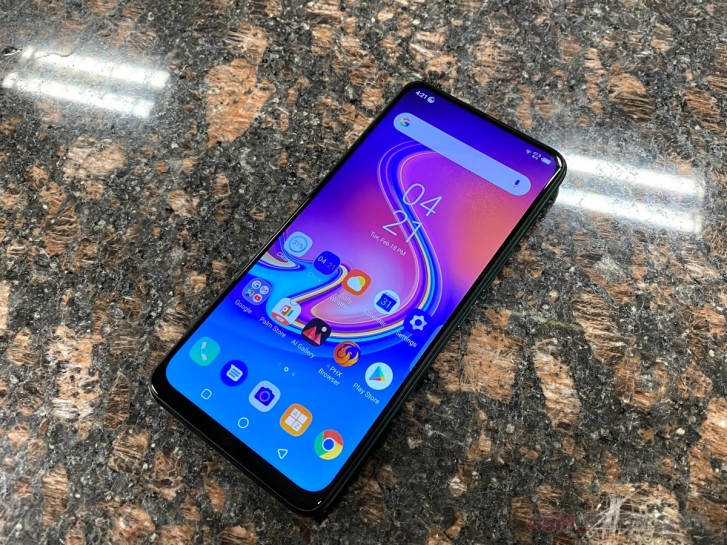 Just ahead of the official launch, live images of the upcoming smartphone have been leaked online.

Infinix is all set to launch its first pop-up selfie camera in India on March 6. Now just ahead of the official launch, live images of the upcoming smartphone have been leaked online.

The live images are shared GSMArena and it shows the front and back panel of the device. To start with, the front panel comes with a full screen display and bezels look slim. The back panel is loaded with a triple-camera setup along with a LED flash. The primary lens will come with a 48-megapixel sensor. There is a fingerprint sensor at the top-centre position of the device and just beneath it, there is Infinix branding. The leaked images also showcase the pop-up selfie camera.

The images also reveal that the phone will come with a glossy finish at the back and it will be available in Green colour option. That said, the Infinix S5 Pro eerily looks similar to the recently launched Tecno Camon 15 Pro. Both the phones come with a similar design language.

Recently, few of the confirmed details for the upcoming Infinix S5 Pro had been revealed through its Google listing created for promotion.

As per Google listing, Infinix S5 Pro smartphone will offer a triple rear camera setup (could be the combination of 16MP + 5MP + 2MP), will have Infinity/full display (could go with a 6.6-inch display), Android 10 Operating System, Bigger Storage, Better Performance and 4000mAh battery capacity.

Infinix S5 Pro expected to have 32-megapixel front sensor as in older S5 smartphone, but this time it would be a Pop-up camera module. Further, the smartphone will be priced under Rs 10,000 and will have two colour option- Green and Violet.