The Android 2.3 based tablet, launched by Bangalore based Digital Waves, has 1 GHz processor.

Digital Waves, a Bangalore based IT company, has announced the launch of a new Android 2.3 based 7 inch tablet. The tablet, named as Tabplus Rio, is powered with 1 GHz Cortex A9 processor with embedded Mali 400 graphics processor. 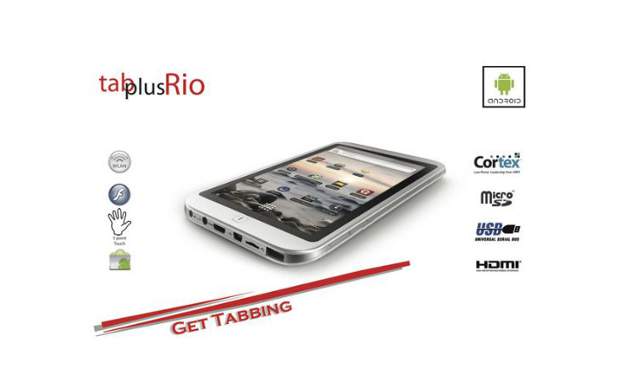 The tablet has built in support for Flash 11, and supports video chat on Skype using front facing Camera and HD video play back. There is, however, no rear facing camera.

The tablet has 4 side Gravity sensor, and supports Android market. In terms of connectivity, it has HDMI and USB slot, WiFi and Bluetooth for wireless connectivity. The tablet also supports USB dongle for 3G connectivity.

Spokesperson of Digigital Waves said, “Our company is the distributor of brands like Mercury, Apple and Transcend we are also working on both a bigger version as well as a cheaper version of the tablet.”