iGear has launched a new DualConnect wireless keyboard which is compatible with a range of devices including Apple's iPad, iPhone, Android devices and Windows PCs as well.

The iGear DualConnect Wireless Multi-device Keyboard will be available for Rs 2175, with a standard industry warranty of 1 year, on Amazon.in and Flipkart.com. The keyboard is designed with high compatibility across operating systems and offers portability for travel convenience too as per iGear.

It is a battery-operated wireless Bluetooth full-size desk keyboard with an option to simultaneously connect and instantly switch between two devices. The DualConnect feature has a wide range of compatibility with all major operating systems such as Android, iOS, iPad OS, mac OS, Windows and Chrome OS. It can connect to one's Smart TV as well making typing easier. 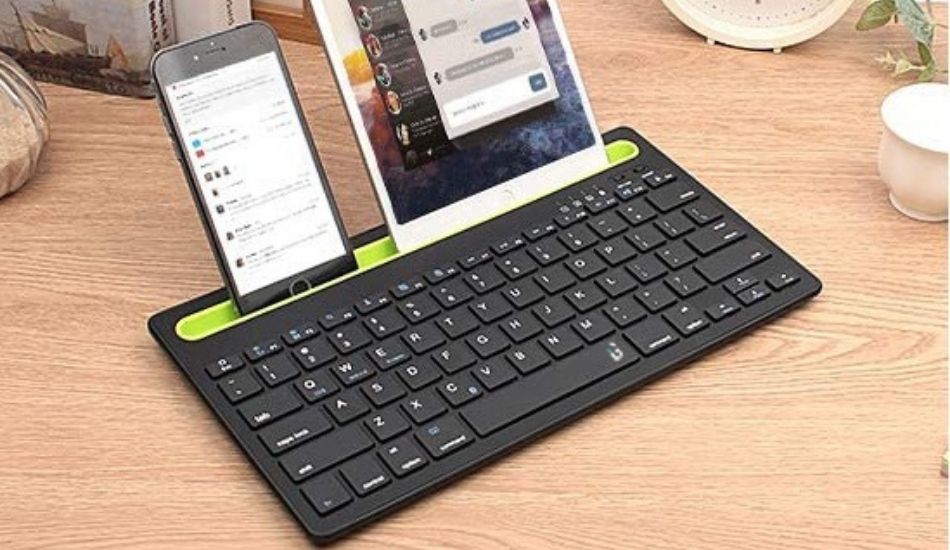 The iGear DualConnect has a 10.6-inch slot at the top which accommodates a large tablet, or a smaller tablet-smartphone combo. This groove works as a stand to position it at a comfortable viewing angle. You can pair the keyboard with two devices and switch between them by simply tapping a switch on the keyboard.

The iGear DualConnect uses an in-built 180mAh rechargeable battery that allows continuous operation of up to 12 hours on a single full charge. It also features an auto-sleep mode which helps save battery power when not in use, thus prolonging its working hours.

Using a standard micro USB socket, one can charge it using any standard smartphone charger. The keyboard weighs 675 grams and is 1.5cm slim making it portable to carry around in a handbag or backpack.