Idea Select Privilege vs Airtel Thanks: Who offers more benefits? 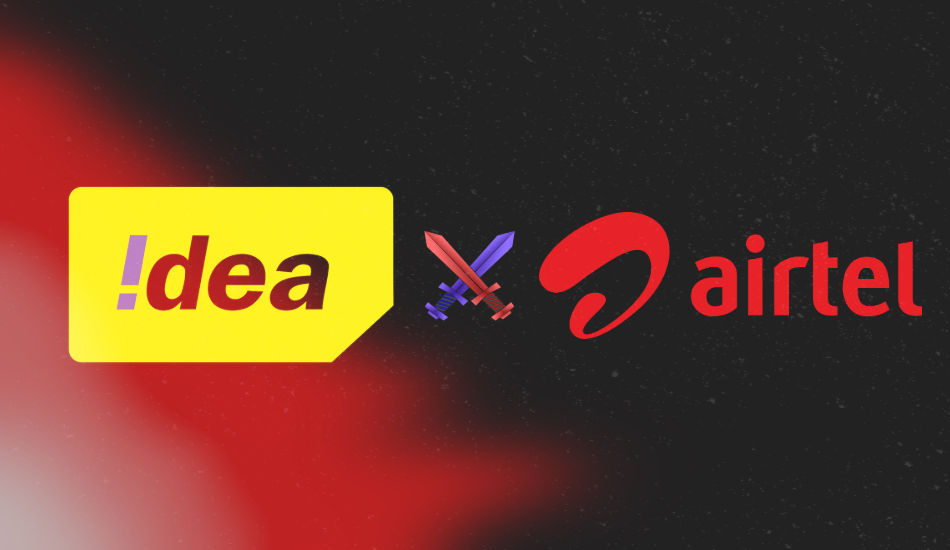 Both Idea and Airtel have established different ways to approach its user base. While Idea mostly focuses on user experience by providing deals across brands and stores, Airtel’s membership is all about the content offered to users online, be it books, videos or music through partnerships with Amazon Prime, Netflix and more.

Earlier this month, Airtel announced its Airtel Thanks initiative for prepaid users in India. On the other hand, Idea has its own Idea Select Privilege Program which rolled out for prepaid users as well. Both programs come in three different tiers offering several benefits for prepaid plan users across different price segments. While Airtel’s Thanks benefits start from recharges of as low as Rs 199, Idea Privilege program can only be availed for minimum usage of Rs 375. With that, let’s look at the key features that differentiate the Airtel Thanks and Idea Select Privilege programs and how well would this fare with the Indian telecom audience.

Tiers and how much they cost

Airtel’s Thanks initiative offers different benefits across their tiers of prepaid users namely Silver and Gold, each tier coming with its own set of benefits. Airtel Thanks Silver can be availed by buying an unlimited combo recharge for less than Rs 199 and more than Rs 119. Airtel users can also become Airtel Thanks Gold members on unlimited combo recharges of above Rs 199.

Idea’s Select Privilege Program, on the other hand, comes in three different tiers – Titanium, Platinum and Gold. The minimum amount to be recharged for enrolling onto the Titanium membership is Rs 3,000 while Platinum members will have to spend at least Rs 725 for the relevant benefits. Idea prepaid users will have to do a minimum recharge of Rs 375 to avail the Idea Select Gold membership.

Which one these offers the cheapest plan?

Idea requires that its prepaid users have an average monthly usage of Rs 725 and also recharge their numbers with a minimum of Rs 375 to avail the basic Idea Select Gold program. 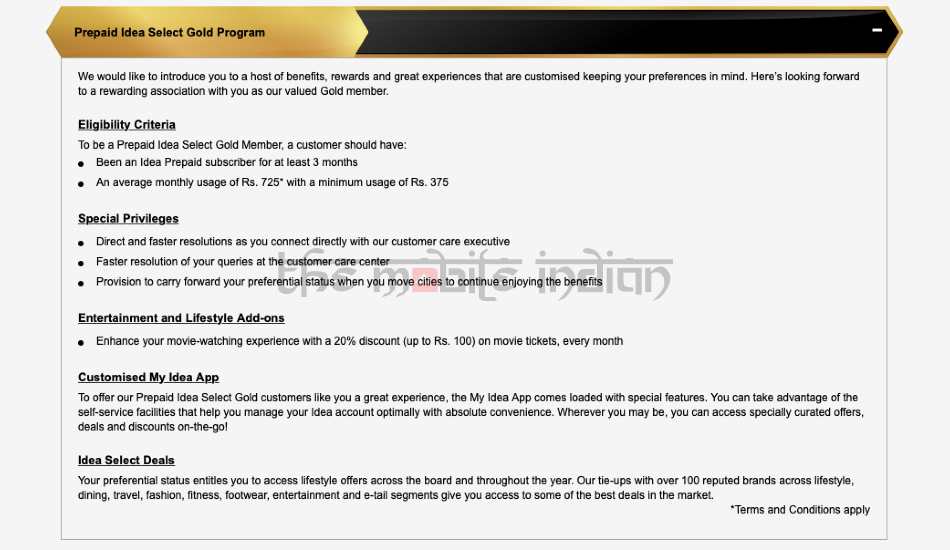 Airtel, however, only demands that their prepaid users recharge with any combo plan that can be availed for less than Rs 199 to enjoy the available benefits.

What does the cheapest membership offer to users?

The benefits from Idea and Airtel are different as the former offers more physically aided additions to the latter’s digital services.

On the other hand, Idea Select Gold privilege subscription majorly offers users a 20 percent discount to up to Rs 100 every month when booking movie tickets. The same users will also get preferential treatment when interacting with Idea’s customer care executives, get a faster resolution to issues and carry forward preferential status when moving cities. This preferential experience is only available in Airtel’s most premium Platinum program, which isn’t available for Airtel prepaid users. Idea’s cheapest privilege membership also offers deals from over 100 reputed brands across lifestyle, dining, travel, fashion, fitness, footwear, entertainment and e-tail segments. Idea Select Gold customers will also get a customised My Idea App which will come loaded with self-service facilities to help manage an account and access to special offers, deals and discounts on-the-go.

Which one of them offers more in the most premium plan? 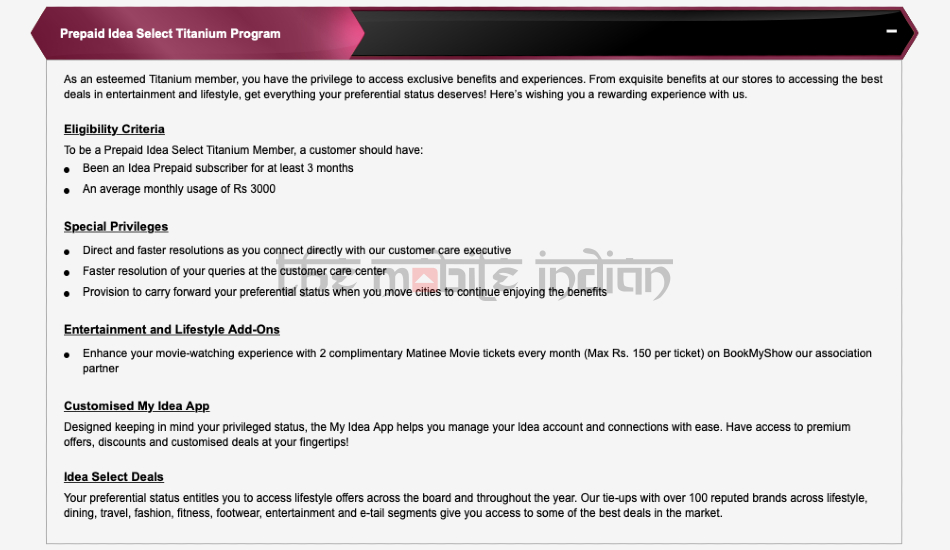 Idea offers benefits like deals from over 100 reputed brands, customised My Idea app, preferential treatment at customer care and faster problem resolution across all privilege tiers including the Gold, Platinum and Titanium memberships. The only added benefit from the Idea Titanium membership is that users will be given two complimentary Matinee Movie tickets every month (to up to Rs 150 per ticket) on BookMyShow. The rest of the offers remain the same as that available through the Idea Select Gold privilege. 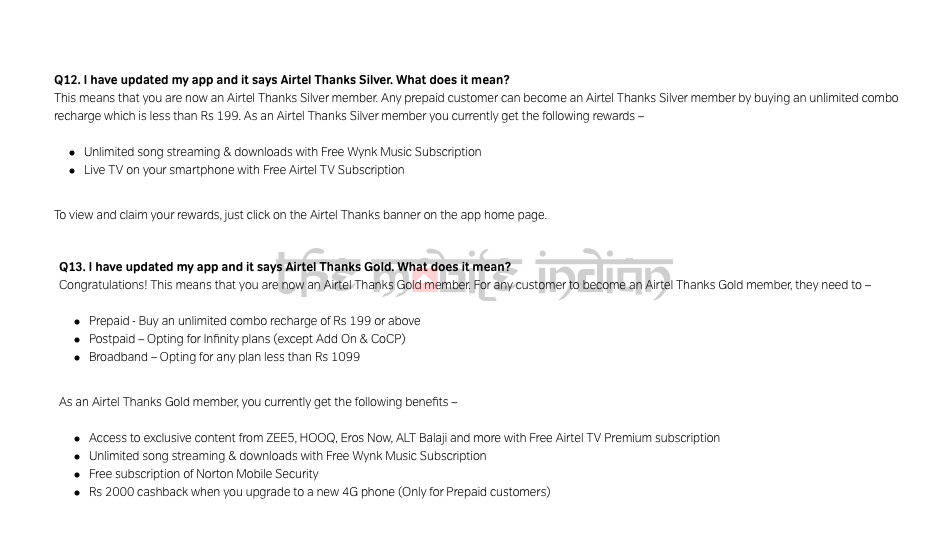 The Airtel Thanks Gold membership comes when opting for a combo recharge plan worth Rs 199 or higher. The Gold membership gives users access to exclusive content from ZEE5, HOOQ, Eros Now, ALT Balaji and free Airtel TV Premium subscription. Users will also be able to get unlimited song streaming & downloads through the free Wynk Music Subscription. Besides that, Airtel is offering a Rs 2000 cashback for prepaid connections only when they upgrade to a new 4G phone. Another benefit that an Airtel Thanks Gold member will get is a free subscription of Norton Mobile Security which can be claimed by clicking on the Airtel Thanks banner on the app home page. 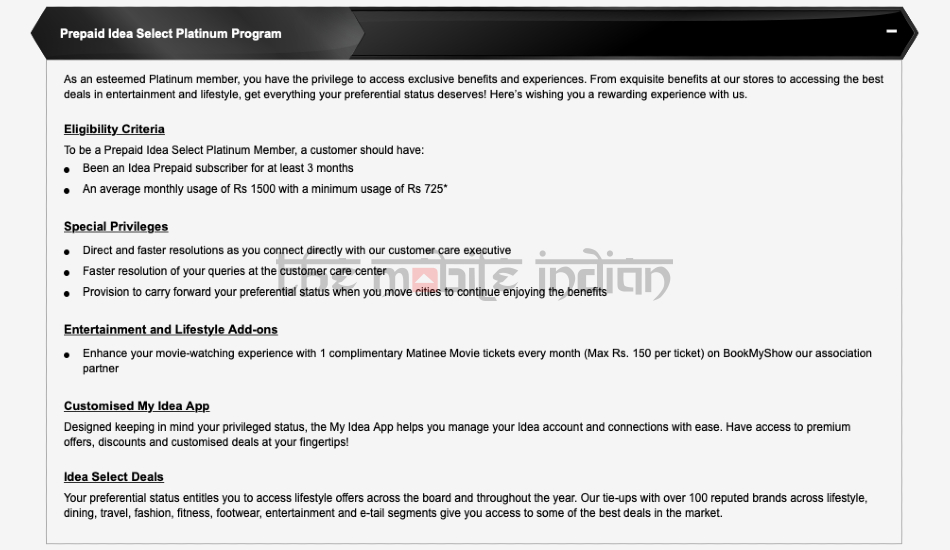 While Airtel postpaid users get three types of memberships under the Thanks Initiative, prepaid users only get two of the three. This is where Idea’s Platinum membership scores the winner as it offers anyone recharging with a minimum of Rs 725 for its mid-tier subscription. As part of the benefits, users will be able to access faster response from customer care, deals across different brands and preferential status while moving cities. Additionally, Platinum members will get 1 complimentary Matinee Movie tickets every month (to up to Rs 150 per ticket) on BookMyShow as well as a customised My Idea app.

What does Idea’s and Airtel’s postpaid memberships offer?

Prepaid benefits aside, Airtel and Idea are also offering their Thanks Initiative and Select Privilege memberships for its postpaid users in India. 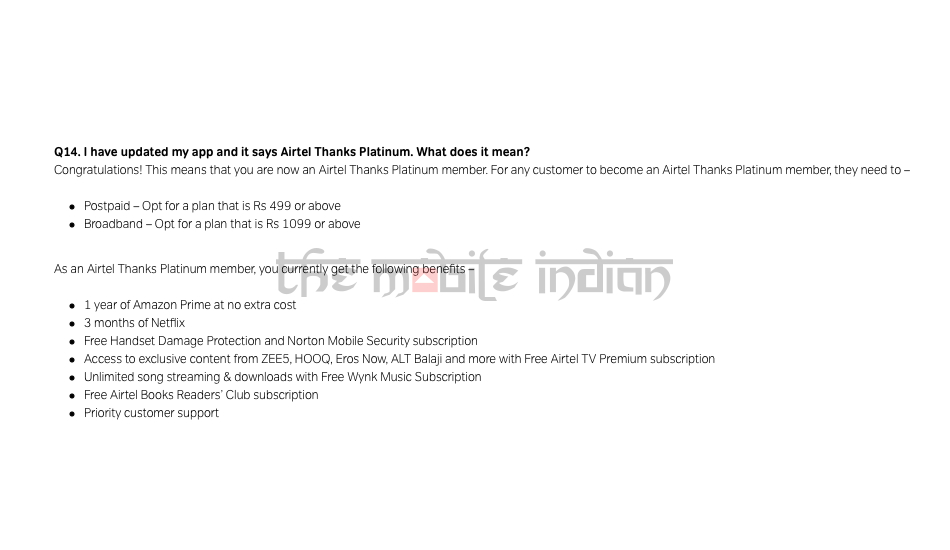 Airtel is offering similar benefits to postpaid users falling under the Gold membership as it did for its prepaid users and postpaid users will be eligible for the same while opting for any Infinity plans expect for add-ons and corporate accounts. Airtel is also offering a Platinum Thanks membership for postpaid users which offers 1 year of Amazon Prime for free, 3 months of Netflix usage for new users or Rs 1,500 credit for existing Netflix users. 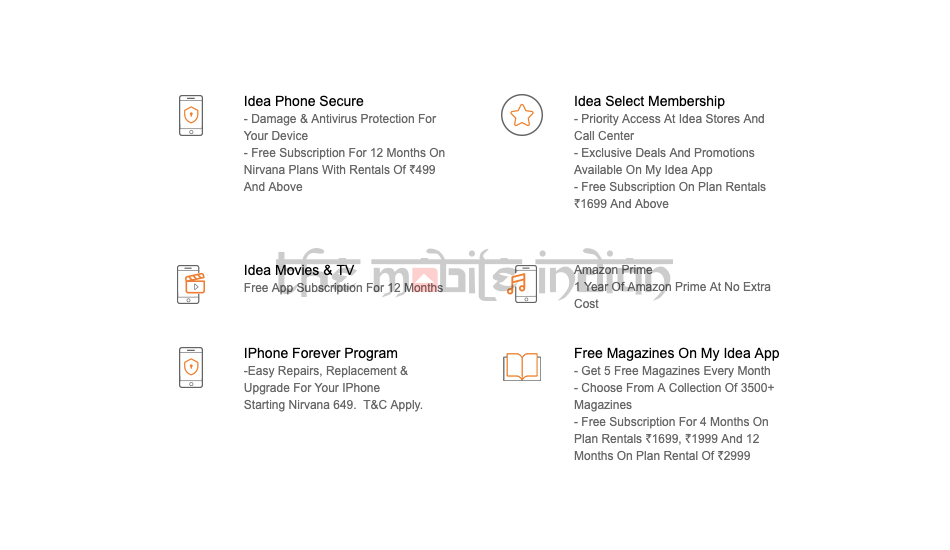 In contrast to that, Idea is offering its Idea Select Privilege memberships to postpaid users as well. The most premium model of the Idea Select Privilege offers users priority access At Idea Stores And Call Centers, exclusive deals And promotions on My Idea App and Idea Phone Secure. Idea Phone Secure will provide members with damage and Antivirus Protection for free on smartphones for 12 months.

The Idea Select Titanium Membership will also offer a free Idea Movies & TV for 12 months as well as a one-year subscription to Amazon Prime at no extra cost. For iPhone users, Idea is also offering the ‘iPhone Forever Program’ for Easy Repairs, Replacement & Upgrade of iPhones. Besides that, Idea will also be offering 5 Free Magazines on My Idea App for users every month with free subscription For 4 Months on select plans.

Analysing what the two operators provide with their respective memberships, it’s clear that both Idea and Airtel have established different ways to approach its user base. While Idea mostly provides benefits through deals across brands and stores, Airtel’s membership is all about the content offered to users online, be it books, videos or music. Idea also seems more focused on user experience as it offers preferential treatment and faster query resolution to its prepaid as well as postpaid users across any tier. Airtel, on the other hand, gives preference to security and a wider variety of content through partnerships with Amazon Prime, Netflix, ZEE5, HOOQ, Eros Now, ALT Balaji as well as its own Airtel TV to offer its customers more within their phone than letting them spend extra by going after deals. Moreover, Airtel’s cheapest membership comes at a more affordable price than Idea’s cheapest subscription, which is also another reason to opt for Airtel. Beyond that, it’s up to one’s own preference when choosing which of these two privilege memberships will offer a better deal for a user.