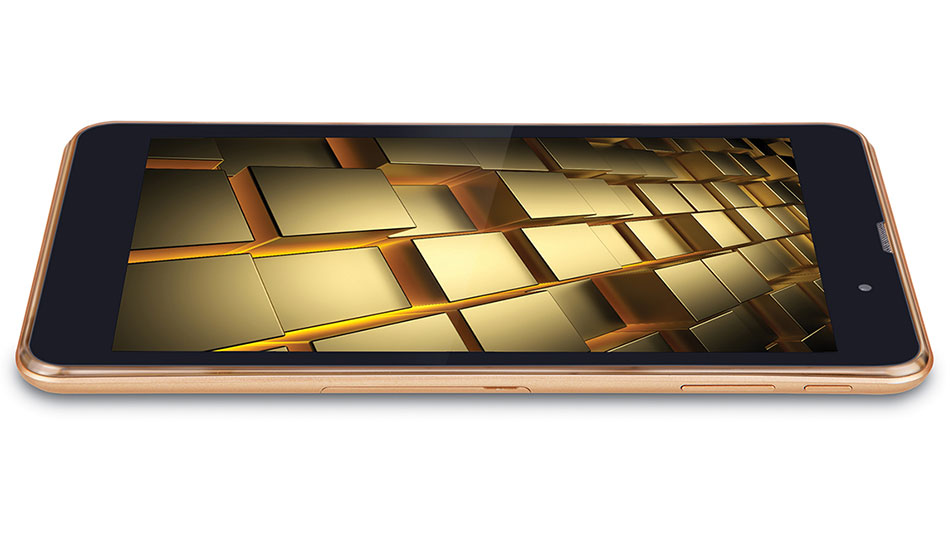 The tablet comes pre-installed with many useful applications like Microsoft Word, Excel and PowerPoint.

iBall has added a new member to its Slide series with the launch of the new iBall Slide Nimble 4GF tablet in India. Priced at Rs 9,999, the tablet is available in rose gold colour variant at leading retail stores across the country.

The tablet comes pre-installed with many useful applications like Microsoft Word, Excel and PowerPoint. The tablet comes with nine Indian regional system languages and 21 Indian regional languages for read-write support. Other than this, the device also supports Ethernet configuration, which makes it easier to access the Internet. For those who are not aware, Android Marshmallow comes with new drivers that allow you to connect your Android device directly to an Ethernet cable without rooting.

Talking about the specs, the tablet features an 8-inch HD IPS display. The device is powered by a 64-bit 1.3GHz quad-core processor along with 3GB of RAM and 16GB of internal storage which can be further expanded up to 64GB via microSD card.

On the camera front, the tablet is equipped with a 5-megapixel rear camera with autofocus and LED flash, while on the front there is a 2-megapixel shooter. The device is backed by a massive 4300mAh battery and runs on Android 6.0 Marshmallow. For connectivity, the device supports 4G, VoLTE, Wi-Fi, Bluetooth and USB OTG.