Huawei MediaPad M6 to launch on June 21 alongside the Nova 5, Nova 5i 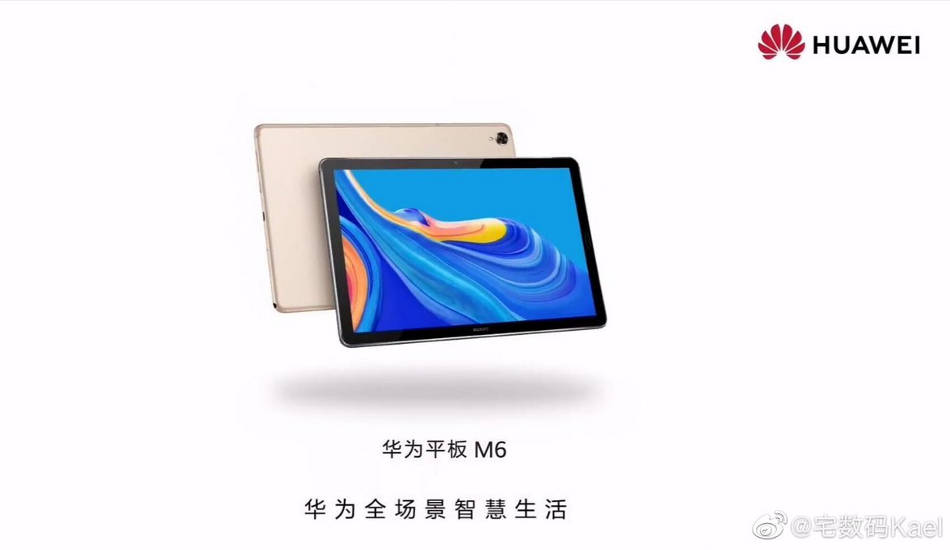 Huawei MediaPad M6 is believed to be the successor of Mediapad M5 which was launched back in February last year.

Huawei Nova 5 and Nova 5i are confirmed to launch in China on June 21. Now as per a new report, Huawei will announce also announce MediaPad M6 tablet alongside the launch of the smartphones. The upcoming tablet isbelieved to be the successor of Mediapad M5 which was launched back in February last year.

Slashleaks contributor @Rodent950 has shared a poster of MediaPad M6 tablet on his Twitter handle. The tweet reads “M6 coming soon with Nova 5 series and Jack is returning too. #huawei”.

As per the poster, the tablet has bezels surrounding the display. It will have a single rear camera and a USB Type-C port. The tweet also reveals that the tablet will have a 3.5mm audio jack. Notably, Huawei removed the audio jack in the MediaPad M5.

Last month, Huawei’s Mediapad M6 tablet appeared on Huawei’s official page on JD.com. As per the front image leaked on JD.com, the device has slim side bezels while the physical home button has been removed. There is a single selfie camera on the front, while the bottom houses the company’s logo.

Huawei MediaPad M6 tablet is rumoured to come in two variants. The smaller one is expected to offer an 8.4-inch display coupled with a 4,500mAh battery while the larger variant will feature a 10.7-inch display with a 7,500mAh battery.

The two variants are likely to sport the latest HiSilicon Kirin 980 chipset based on the 7nm process as compared to Kirin 960 found inside the MediaPad M5. They are expected to sport a 2560 x 1660 pixels screen resolution.

Elon Musk says no to Twitter board, what can be the impact?