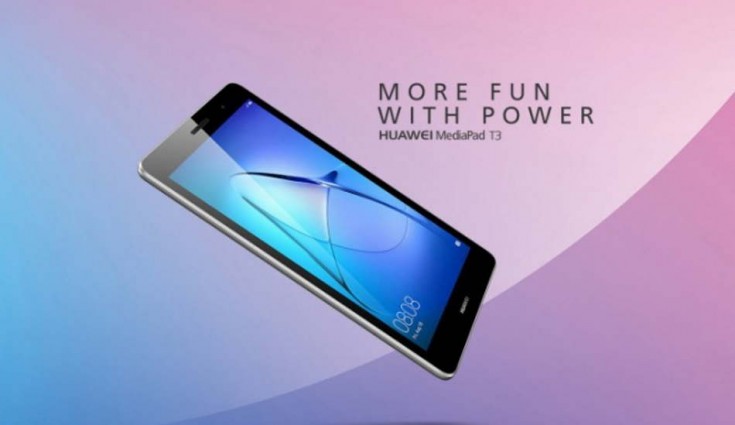 The tablet comes in two two variants - Wifi and Wifi+LTE.

Huawei has launched its MediaPad M3 Lite tablet in Poland today. The tablet comes in two two variants – Wifi and Wifi+LTE priced at 1399 PLN (approximately Rs 23,304) and 1599 PLN (approximately Rs 26,649) respectively. Along with MediaPad M3 Lite, Huawei has also launched MediaPad T3 tablet which was announced some days back in two variants – a 7- inch and an 8-inch display. The MediaPad T3 is now launched in 7 inch, 8 inch and 10-inch variants.

Huawei MediaPad M3 Lite tablet features a 10-inch display with a resolution of 1920 × 1200 pixels which is powered by a Snapdragon 625 processor. It has 3GB of RAM and 32GB of internal storage. It also comes with 4 stereo speakers, Android 7.0 Nougat operating system on board backed up by a 6660 mAh battery.

Huawei MediaPad T3 7 features a 7-inch IPS display with a resolution of 1024 x 600 pixels offering a pixel density of 170ppi. Underneath, the device is powered by a 64-bit MediaTek MTK MT8127 quad-core processor clocked at 1.3GHz with Mali 450 GPU. The tablet comes with two storage options, one with 1GB RAM with 8GB internal storage and the other with 2GB RAM and 16GB internal storage. Both the variants offer expandable storage slot of 64GB capacity. The MediaPad T3 7 runs on Android 6.0 Marshmallow operating system with EMUI 4.1 on top of it.

MediaPad T3 10 has a 10-inch display with the inclusion of the filter blue light. It holds the 2GB RAM and 16GB internal memory with microSD option available.