Huawei MatePad Pro to be announced on November 25

The Huawei MatePad Pro is rumoured to be powered by Kirin 990 chipset along with at least 8GB of RAM and up to 256GB of internal storage.

Huawei CEO Richard Yu has now announced on the Chinese microblogging website, Weibo that the company has scheduled a launch event on November 25 in Shanghai, China to announce a new MatePad product.

Renders of MatePad Pro or MediaPad M7 surfaced online some days back. It is expected that Huawei will launch the MatePad Pro on the said date. Huawei’s sub-brand Honor will be announcing the Honor V30 series on November 26 at an event in Beijing, China. 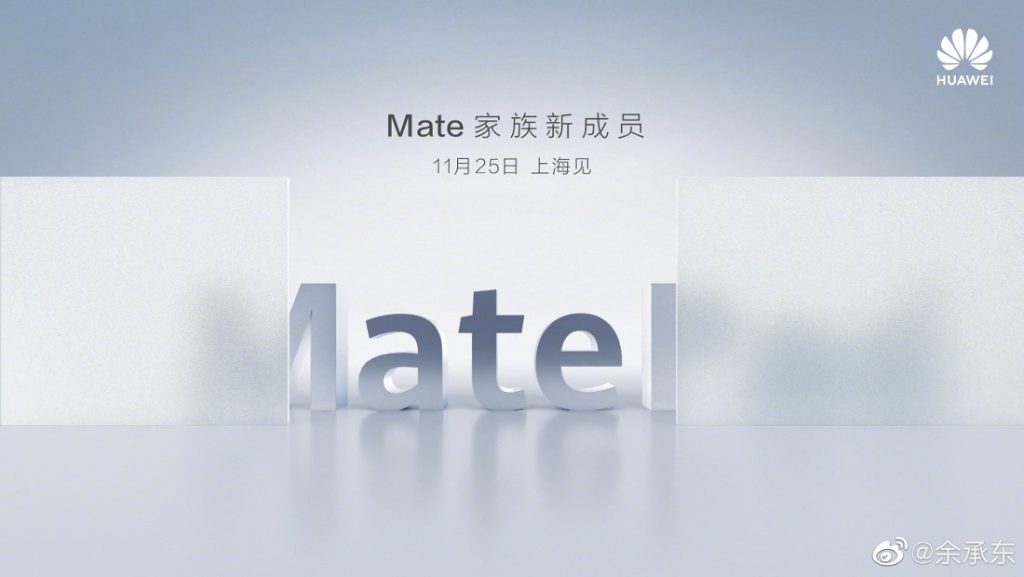 The MatePad Pro is also said to come with a magnetic keyboard. There might be POGO connectors at the base so that one can easily attach the keyboard to it. The render also showed that the upcoming tablet will come with the support of M-Pen stylus.

The tablet is rumoured to be powered by Kirin 990 chipset along with at least 8GB of RAM and up to 256GB of internal storage. It will likely to be backed up by 7,000mAh battery with support for 40W fast charging