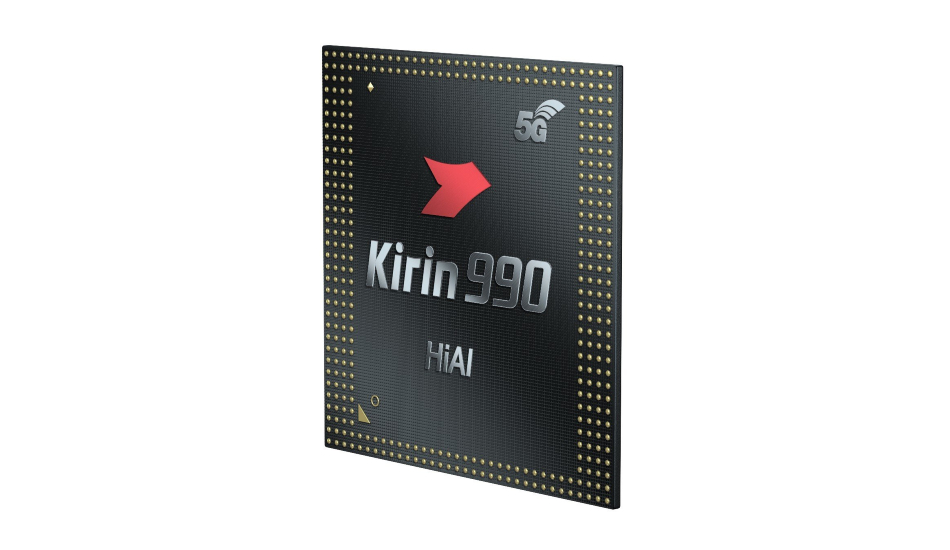 The new HiSilicon Kirin 990 and Kirin 990 5G are made using TSMC’s 7nm and 7nm plus extreme ultraviolet lithography processes respectively and thus comes in a smaller form factor than that of the Snapdragon 855 from Qualcomm. The Kirin 990 is the world’s first SoC with over 10.3 billion transistors built-in. 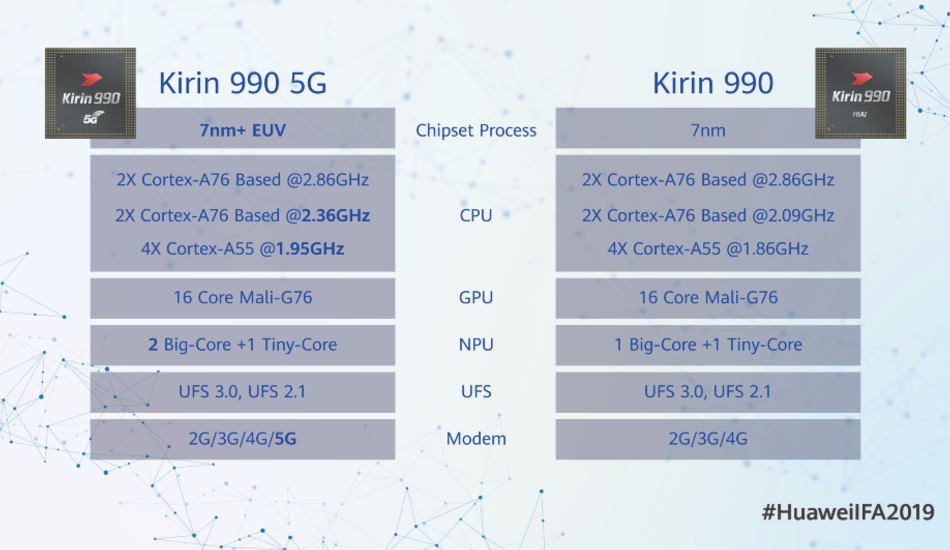 Both SoCs are coupled with an ARM Mali-G76MP16 16-core GPU clocked at 700MHz and offer support for LPDDR4X RAM and UFS 3.0 or UFS 2.1 storage. Huawei says the latest flagship chipsets will be able to offer a 10 percent improvement in power consumption and 36 percent reduction in board size. The Kirin 990 also offers 12 percent, 35 percent and 15 percent improvements in Big-Core, middle-core and little-core efficiency.

As for AI, Huawei has added a new quad-core Neural processing unit which is based on a new Da Vinci Architecture for more performance and better efficiency. The NPU will be able to render real-time videos. Interestingly, the regular Kirin 990 offers a single Big Core + Tiny Core NPU setup while the 5G-enabled model offers a dual Big Core + Tiny Core configuration.

For imaging, the Kirin 990 duo will support the fifth-generation Dual ISP with DSLR-like noise reduction, 3D filters and block matching. Huawei will also enable the Dual-domain noise reduction when recording videos and for AI colour adjustment. The chipset will support 4K at 60fps decoding and decoding at 30fps as well as HDR 10 support. 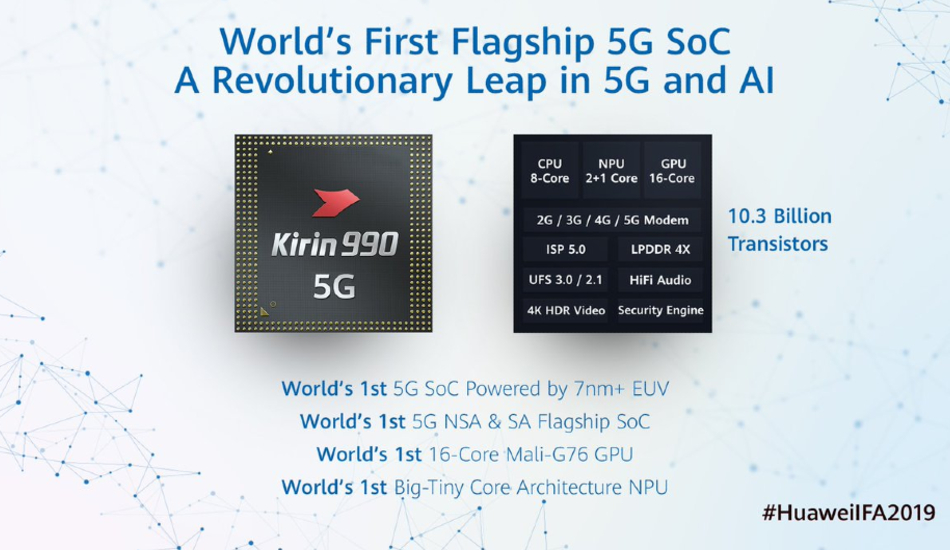