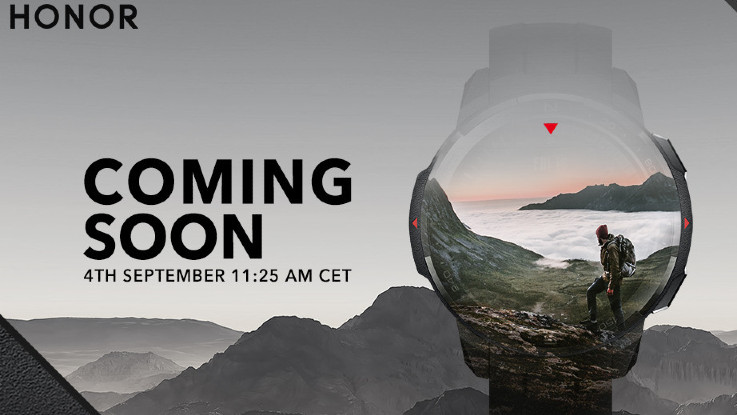 The company will be launching the new smartwatch on September 4 at the IFA event.

Meanwhile, the company recently announced the launch of its new range of MagicBook 15 laptop India. Honor MagicBook 15 is priced at Rs. 42,990 and will be available from Flipkart. The Honor MagicBook 15 features a 15.6-inch FULL HD IPS display with 1920 x 1080 pixels resolution, 87 per cent screen to body ratio, TÜV Rheinland certification to reduce the blue light effect, and 178-degree viewing angles.

It is powered by 2nd Generation AMD Ryzen 5 3500U processor with Radeon RX Vega 8 graphics. It comes with 8GB DDR4 RAM and 256GB PCIe NVMe SSD. It has an S-shaped fan design that can improve airflow and heat dissipation up to 38%. The Honor MagicBook 15 comes with Windows 10 Home pre-installed.