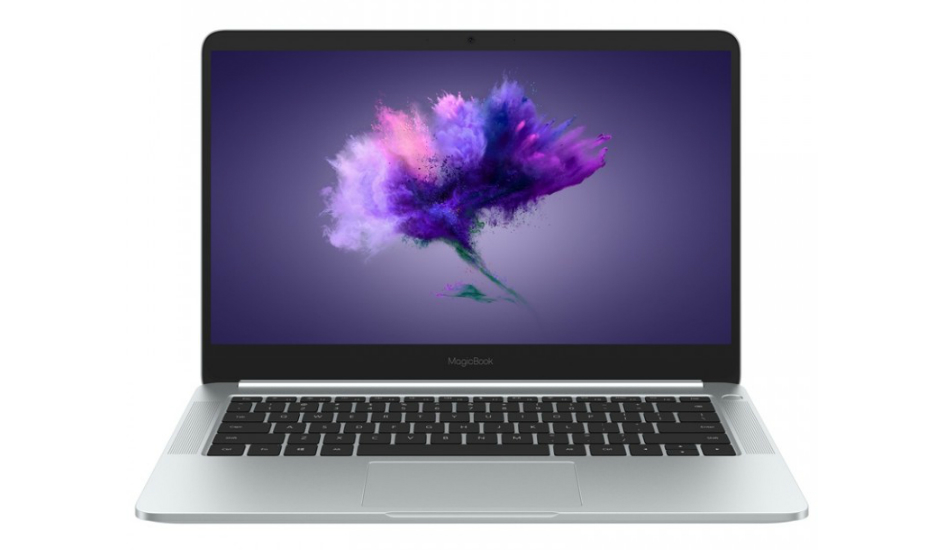 The MagicBook is Honor’s first foray into a Windows 10 machine and includes Intel’s 8th generation cores.

At the Honor 10 launch event, Honor also took to unveiling the Honor MagicBook, the Chinese company’s first take into a Windows 10 notebook. As per what Honor claims, the MagicBook is a high-end lightweight ultrabook which aims at providing a solid performance at an affordable price tag. The laptop earns its design points after having been inspired by Apple’s MacBook Air and comes in a range of color variants namely Star Grey, Nebula Purple and Glacier Silver.

Weighing in at under 1.47 kg, the MagicBook comes with a 14-inch screen that looks like it’s been packed inside a 13-inch form factor due to its ultra-thin bezels on all sides. The display is a Full HD IPS panel with minimal bezels that offer a screen-to-body ratio of 80-percent and can be opened up all the way to 180-degrees. Honor claims that the ultrabook will offer 250 nits of brightness, 800:1 contrast ratio and a 45 percent color gamut in NTSC. 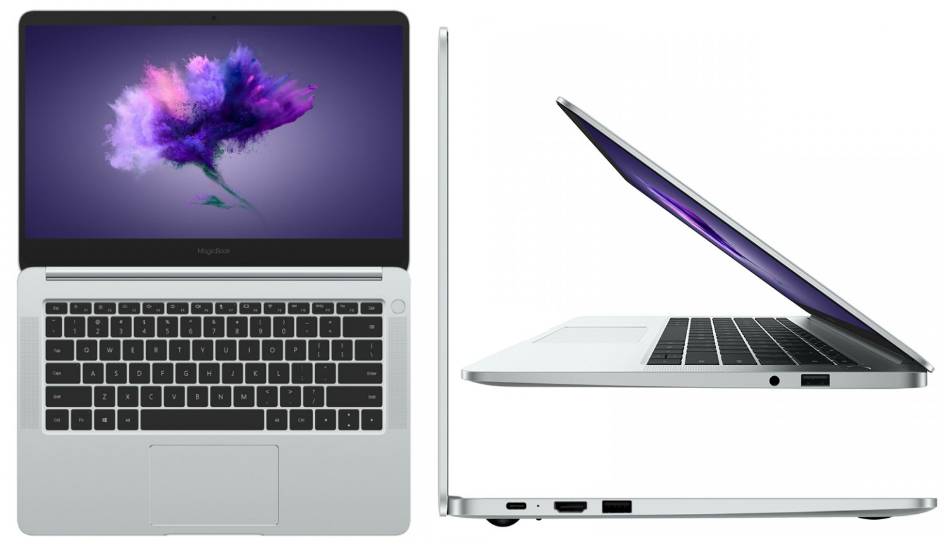 On the inside, the Honor MagicBook is powered by an 8th generation Core i5/i7 processors with the most high-end configuration going up to 8GB RAM and 256GB storage. If that doesn’t impress you, the MagicBook also equips an NVIDIA MX150 graphics unit with 2 gigs of GDDR5 memory, that enables a graphics performance of an equivalent of four integrated graphics cards. Though the laptop comes in a thin and sleek form factor, it packs in enough fans and grills to dissipate the heat while the machine is performing at its highest.

Honor claims that the 57.4 watt-hour battery on the MagicBook will be able to last up to 12 hours on continuous 1080p video playback and that’s one feature which will be up for testing as soon as the laptop makes its way to the market. Honor says that the MagicBook will be able to book up to its home screen in precisely 7.6 seconds. The power button also doubles up as the fingerprint scanner. In terms of sound, the notebook sports a Dolby Atmos enabled four-speaker unit.

The MagicBook will be the first machine to run on Windows 10 OS and will thus support Magic-Link, a feature that allows users to automatically lock or unlock their screen through a smartphone. On the connectivity front, the laptop equips charging and data transfer via USB-C, two different USB ports, an HMDI port and an audio headphone jack.

Honor is already listed the MagicBook for purchase in China which will start shipping from April 23 onwards. While the Intel Core i5 version is priced at 4,999 yuan (approx. Rs 52,300), the high-end Core i7 variant is available for an asking price of 5,699 yuan (Rs 59,700). With pre-orders starting in its home country, we still have no confirmation whether we’ll see the ultrabook in Indian selves anytime soon.