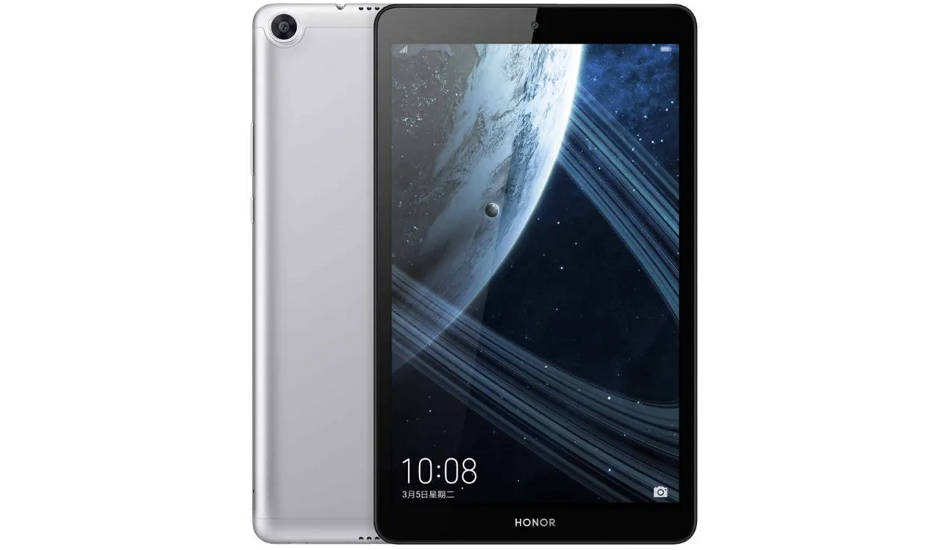 The Honor Pad 5 has been announced in 8 inches and 10 inches and they will be available on Flipkart from July onwards.

Along with Honor 20 series launch today, Huawei’s sub-brand, Honor has today announced the launch of Honor Pad 5 in India. The Honor Pad 5 has been announced in 8 inches and 10 inches and they will be available on Flipkart from July onwards. Bothe the tablets come in Glacial Blue colour

The Honor Pad 5 has an 8-inch and 10-inch full HD with 1920×1200 pixels resolution. The 8-inch tablet is powered by the Kiron 710 octa-core processor while the 10-inch tablet is powered by Kirin 659 Octa-core processor. Software-wise, the 10.1-inch model has EMUI 8.0 based Android Oreo while the 8-inch variant runs on Android 9 Pie and Magic 2.0 UI. Both tablets come with kids mode and voice calling. The tablet gets its strength from a 5100 mAh battery.

The Honor Pad 5 10.1-inch has a fingerprint sensor whereas the 8-inch model carries support for face unlock feature only. The tablet comes loaded with dual stereo speakers, the 10.1-inch model has Harmon Kardon speakers and Histen 5.0and the smaller 8-inch tablet has Dolby Atmos. Besides, the tablet offers 4G LTE, Wi-Fi b/g/n, Bluetooth, GPS, and a micro USB port. The device measures 243 x 164 x 7.8 mm and it weighs 460 grams.