Honor Magic Watch 2 and Honor Band 5i are currently listed on Amazon with Notify Me option.

Honor has today announced its partnership with Amazon for the sale of its Honor MagicWatch 2 smartwatch and Honor Band 5i fitness band in India. Both of them will be available in India later this month and are currently listed on Amazon with Notify Me option. The company did not release pricing of the devices yet.

The Honor Magic Watch 2 46mm version features a 1.4-inch AMOLED display with a resolution of 454 x 454 pixels. It is powered by the Kirin A1 chip and comes with 455mAh battery with up to 14 days of battery life.

The Honor MagicWatch 2 is equipped with HUAWEI TruSleep 2.0 technology that can precisely track and diagnose 6 common types of sleep disorders. It can also detect stress level when the user is feeling tense and give suggested breathing exercises to help its user to get some peace of mind with the support of HUAWEI TruRelax technology. Enabled by HUAWEI TruSeen, Honor MagicWatch 2 can keep an eye on the heart rate 24/7 and send an alert when it goes above or below normal levels.

With water resistance up to 50 meters, MagicWatch 2 also performs well underwater to monitor the user’s heart rate and record SWOLF score, distance, speed and burned calories. All personal health data can be synced to smartphone pre-installed the HUAWEI Health APP, which helps users to keep records and learn better about themselves.

The Honor Band 5i, on the other hand, comes with 0.96-inch (160×80 pixels) colored touchscreen TFT display with a capacitive home button for easy navigation. The main USP of the Honor Band 5i is its ability to plug into a USB port and charge itself. So it does nor require an additional charger and you won’t have to travel all around with your charger. 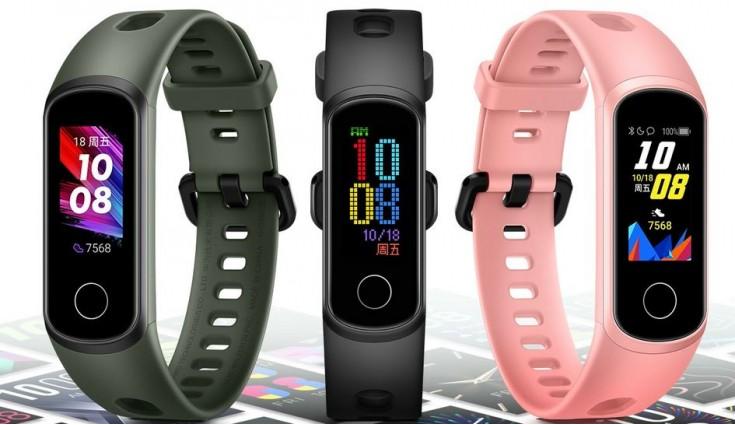 The band features a 91mAh battery which the company claims to last about a week or 9 days, depending on usage. The Honor wearable claims to take 1.5 hours to fully charge. It is compatible with devices running Android 4.4 and above, or iOS 9.0 and above. In terms of connectivity, you get Bluetooth 4.2. It is also water-resistant up to 50 meters. The band features a silicone strap and weighs around 24 grams.