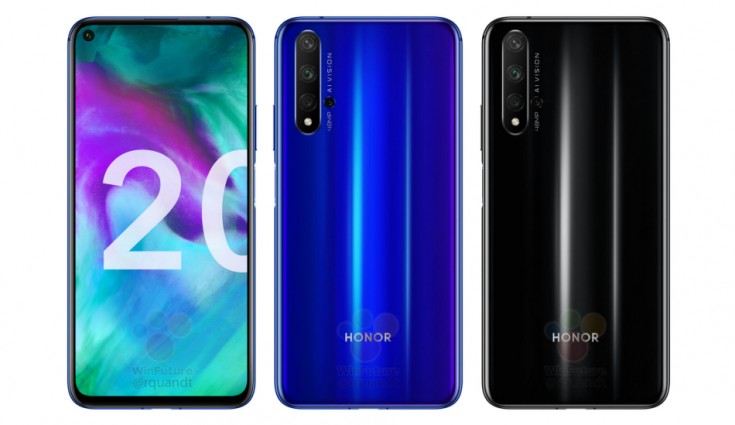 The Honor 20 will be powered by a HiSilicon Kirin 980 chipset with at least 6GB RAM, 128 GB of internal flash memory and 3750mAh battery with 22.5W SuperCharge technology.

Honor 20 and Honor 20 Pro will be launching on May 21 at an event in London. Now the brand has confirmed that the Honor 20 series will be launched in India on June 11, around 20 days after the global unveiling.

Honor has started sending media invites for the launch event in India saying ‘Save the date’ which confirms the launch of the devices in the country. 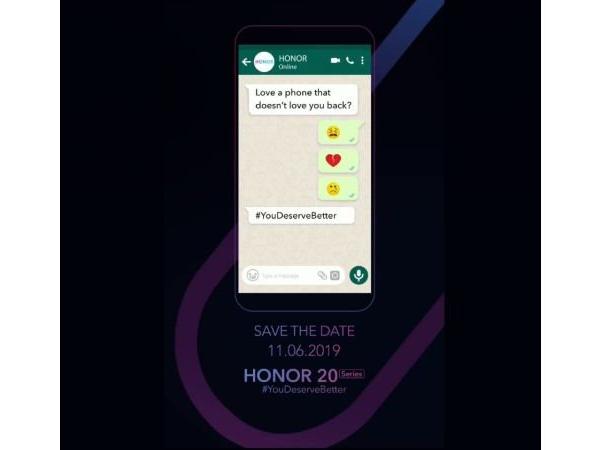 The Honor 20 will be powered by a HiSilicon Kirin 980 chipset with at least 6GB RAM, 128 GB of internal flash memory and 3750mAh battery with 22.5W SuperCharge technology. The device will run on Android 9 Pie with Magic UI 2.1.

Honor 20 Pro smartphone will reportedly be powered by the Kirin 980 7nm processor along with 6GB/8GB RAM and 128GB/256GB storage options. It will feature a 6.1-inch FHD+ OLED display with a waterdrop notch on the front and a 3,650mAh with 22.5W SuperCharge adapter. Both the Honor 20 and Honor 20 Pro are also expected to feature an in-display fingerprint scanner.