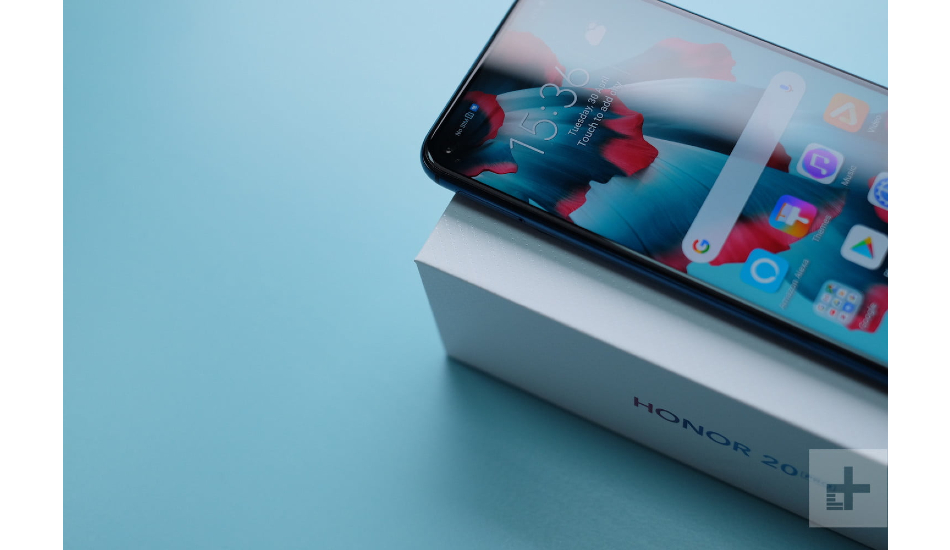 Pictures of the Honor 20 Pro reveal that the phone will equip a hole-punch display which will leave space for the selfie camera on the front. The hole-punch is visible on the top-left corner of the phone, positioned similarly to the one on the Honor View 20, which was launched earlier this year.

Honor announced the Honor 20i smartphone last month but its yet to unveil the Honor 20 series which is scheduled for launch on May 21. With more than two weeks left for the unveiling, the Honor 20 Pro has now leaked in the form of pictures, revealing a key aspect of the upcoming Kirin 980-powered phone.

Pictures of the Honor 20 Pro have been shared by the folks at Digital Trends, showing the design language of the phone in some of its glory. Upon first glance, the pictures reveal that the phone will equip a hole-punch display which will leave space for the selfie camera on the front. The hole-punch is visible on the top-left corner of the phone, positioned similarly to the one on the Honor View 20, which was launched earlier this year.

The two pictures have different backgrounds for wallpapers, both of which are designed to hide the camera in a more creative way than hiding it altogether. One of them also has a parrot on the background, whose eye is now cleverly used as a place to rest the Honor 20 Pro’s front camera. 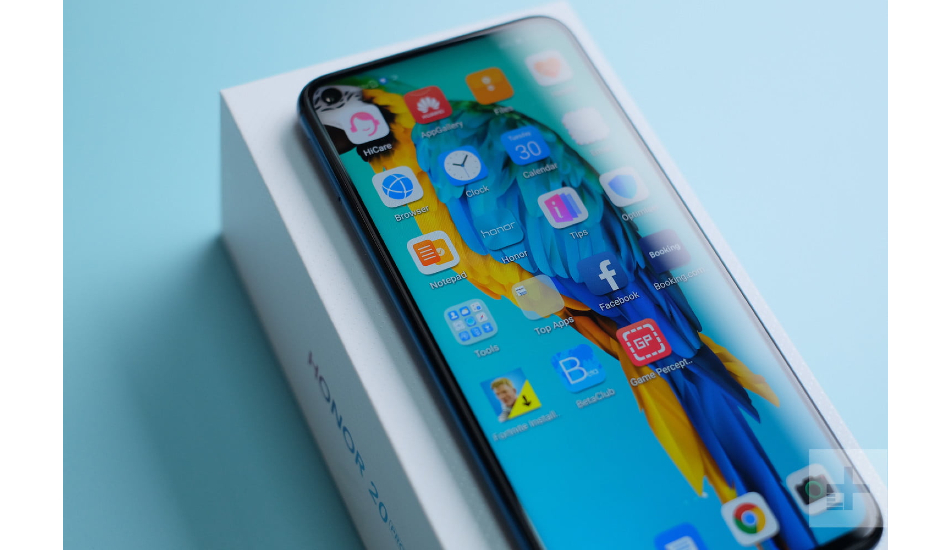 The snapshots also reveal a blurry icon in the middle of the display and for those who’re not familiar, it’s the Fortnite game, suggesting that the game will come pre-installed with the Honor 20 Pro. This could mean that Honor could have struck a partnership with Epic Games and we could see the extension of this deal on other Honor and Huawei phones.

There’s also Amazon Alexa built right on the home screen of the phone. It’s unclear whether Honor has opted for Alexa over the Google Assistant or if Alexa would act as an additional voice assistant on the Honor phone.

The only clear physical aspect of the phone that the pictures reveal is the SIM tray which is present on the top part of the left edge of the Honor 20 Pro.

The device will equip a triple camera setup featuring a 48MP primary sensor, 20MP wide-angle camera, and an 8MP telephoto lens. It’ll be the first phone to utilise a Sony IMX600 image sensor as its main camera. Besides that, the 20 Pro will use the same 32MP selfie camera on the front. It’ll also feature a 6.1-inch FHD+ OLED display with a waterdrop notch on the front and a 3,650mAh with 22.5W SuperCharge adapter.