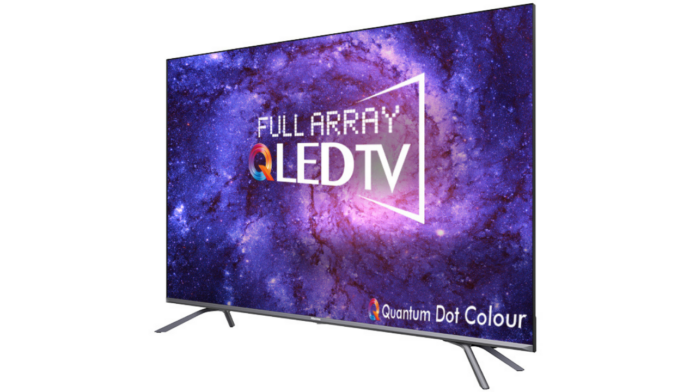 Both of them have a 24W sound output with Dolby Atmos and run on Android TV 10. This gets you to access to over 5000 apps and games via the Google Play Store. Both the models are powered by a quad-core CPU along with 2GB of RAM. The 65-inch model has Mali-470 GPU while the 55-inch has the Mali-470MP GPU. These TVs also have upscaling technology so they can upscale 2K content to 4K. For connectivity, these TVs come with dual-band Wi-Fi and Bluetooth v5.0, as well as Ethernet, HDMI, and USB ports.

The 75-inch model has an 8K UHD (7,680×4,320 pixels) QLED display with a 120Hz of refresh rate. The TV includes Dolby Vision and Dolby Atmos support. Further, it is powered by a quad-core CPU, along with Mali G52 MC2 GPU and 5 gigs of RAM. Moreover, it has 36W audio output. It also runs on Android 10 and has the same connectivity options as the other two models.