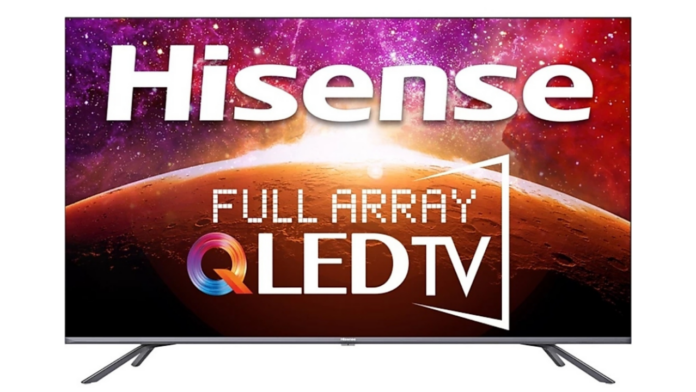 Hisense has launched a new smart TV in India with a 55-inch 4K QLED panel. The TV features Dolby Atmos technology along with Dolby Vision. It further gets the Quantum Dot technology for an enhanced viewing experience.

The Hisense 4K QLED TV will be available via Flipkart at Rs 59,999. The smart TV will launch in India during the upcoming Flipkart Big Billion Days sale. Flipkart has not yet announced the dates of its annual sale at the moment. The sale is expected to go live sometime in October.

As mentioned earlier, the TV features Quantum Dot technology which is claimed to offer a rich vein of color clarity and sharpness. The technology should help maintain a wide range of colours even at high brightness. Furthermore, the Hisense 55-inch 4K QLED TV has Dolby Vision and Dolby Atmos as well.

Moreover, the TV is confirmed to support full array local dimming, meaning one can expect better contrast levels. It comes pre-order with the company’s Hi-view Engine which is powered by AI for optimizing the picture quality. For sound, you get dual 24W speakers that feature Dolby Atmos and Dolby Audio for enhanced sound output.

The TV is claimed to have a bezel-less design. It is powered by a quad-core Cortex A53 CPU and Mali 470MP GPU. The Hisense 55” QLED TV features 2GB of RAM and 16GB of internal storage. Further, the smart TV runs on Android TV 10 and has built-in Chromecast, Google Assistant, Wi-Fi (dual-band).

As it’s an Android TV, you get access to over 5000 apps via the Play Store including OTT applications such as Disney+ Hotstar, Netflix, Amazon Prime Video and more. Connectivity options include 3 x HDMI 2.0 (1 with ARC), 2 x USB, Digital Audio out, Bluetooth 5.0, 1 x headphone jack, RF Input and AV In.