Google Pixel 6 Pro has appeared in an hands-on video that shows the smartphone in a black glossy finish and the 6.7-inch OLED display. 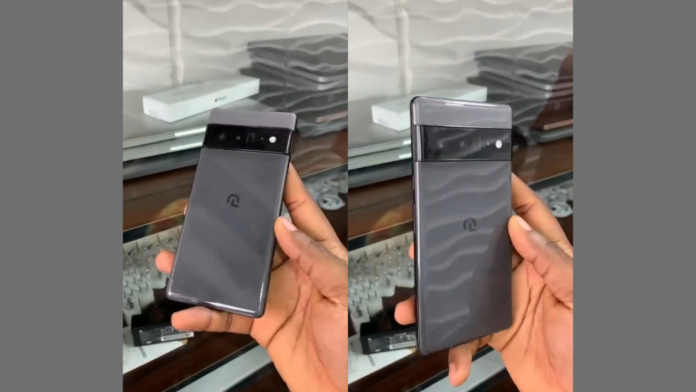 Google’s upcoming Pixel 6 and Pixel 6 Pro speculated launch is set for October. While rumours of detailed specifications have been floating around for quite a while now, we now have a first look for the Pixel 6 Pro in a person’s hand as the device has appeared in an hands-on video leak.

The video posted by M. Brandon Lee is of a Production Validation Testing (PVT) unit and not the version available for the general public for purchase. However, the unit looks exactly like the Pixel 6 Pro that has been showcased by Google in a black glossy finish.

The video showcases the 6.7-inch OLED display on the Pixel 6 Pro with curved edges and slim bezels. On top of the display, there’s a punch-hole cutout for the 12-megapixel selfie snapper.

The logo on the back is different from that of the ‘G’ logo seen on Pixel 6 renders. This is because it is not a commercial unit. Tipster Yogesh Brar further confirmed that the unit is highly similar to how the public unit would look and feel like.

In addition, Pixel 6 Pro will come with a digital car key application pre-installed on the device. Using this, users will be able to unlock their car either using NFC or UWB (ultra-wideband). Furthermore, the 12GB RAM figure has been confirmed, which is expected to be an LPDDR5 module. The Mali-G78 will handle the GPU tasks, and it will be clocked at up to 848MHz.