Google's Pixel 6 Pro Specifications have now been leaked in detail which suggest it will have a 5000mAh battery along with triple rear cameras. 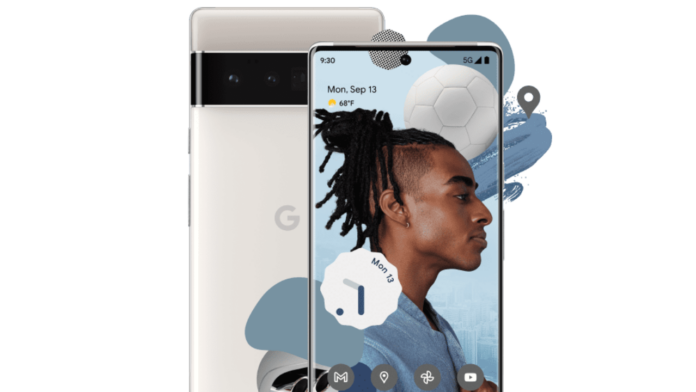 The leak comes from XDA-Developers who cites anonymous sources. Per the publication, the Google Pixel 6 series will not be supporting Active Edge. It is a feature that allows to perform the squeeze gesture to enable Google Assistant. This was available with a previous Pixel model but won’t be supported by the upcoming one.

The native resolution of the panel of the Pixel 6 Pro is 3120 x 1440 as per the leaked specifications. It will also have support for a 120Hz refresh rate. Furthermore, the leak says that the phone will also support Reverse Wireless Charging.

In addition, Pixel 6 Pro will come with a digital car key application pre-installed on the device. Using this, users will be able to unlock their car either using NFC or UWB (ultra-wideband). Furthermore, the 12GB RAM figure has been confirmed, which is expected to be an LPDDR5 module. The GPU tasks will be handled by the Mali-G78, and it will be clocked at up to 848MHz.

As far as cameras are concerned, which is one of the strongest pillars on which the Pixel series has always stood, the Pixel 6 Pro will have a main rear camera with Samsung’s 50MP GN1 image sensor. There will be a wide-angle camera as well with Sony’s 12MP IMX386 image sensor. A tertiary telephoto camera with Sony’s 48MP IMX586 image sensor is also said to exist. Google has already confirmed the telephoto supports 4X optical zoom. As for the front camera, it should have Sony’s 12MP IMX663 sensor.

The Pixel 6 Pro will have a 5000mAh battery, says the leak. At least one model will come with 128GB of storage, Wi-Fi 6E (6GHz Wi-Fi) support. In addition, both phones should have an optical under-display fingerprint scanner.

Further, XDA says that Pixel 6 Pro firmware is based on Linux kernel version 5.10. This is notable because it lines up with the rumour that the Pixel 6 series will get 5 years of software updates. It is because the 5.10 LTS kernel will be supported until the end of 2026, so that’s when Google may stop providing security updates considering the rumour is true.