Google Pixel 6, Pixel 6 Pro to be announced on October 19

Google Pixel 6 and Pixel 6 Pro will be launched on October 19. The announcement was made by the official Made By Google Twitter account. 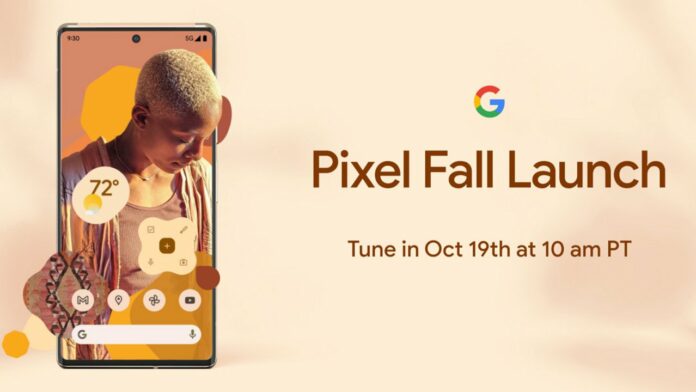 Google has officially announced that the Pixel 6 and Pixel 6 Pro smartphones will be announced on October 19. The event name has been dubbed Pixel Fall Launch.

The announcement was made by the official Made By Google Twitter account. Google’s custom-developed chip, Tensor, will debut first on the Pixel 6 series. The Tensor chip is an octa-core processor and it will have an Exynos 5G modem.

In addition, Pixel 6 Pro will come with a digital car key application pre-installed on the device. Using this, users will be able to unlock their car either using NFC or UWB (ultra-wideband). Furthermore, the 12GB RAM figure has been confirmed, which is expected to be an LPDDR5 module. The Mali-G78 will handle the GPU tasks, and it will be clocked at up to 848MHz.

So far, we know that the Pixel 6 won’t be arriving in India at the time of launch. A recent leak revealed the smartphones would have 33W fast charging. However, it hasn’t been confirmed by the company yet.