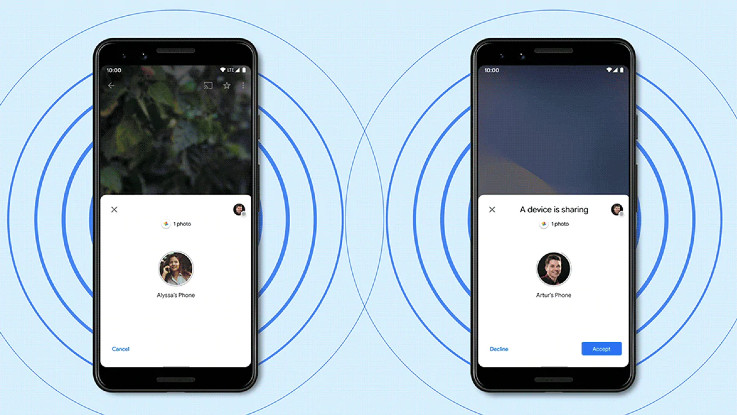 Dubbed as Nearby Share, the feature will be available in select smartphones.

Google has announced the launch of a new file sharing platform to give a stiff competition to the Apple AirDrop feature. Dubbed as Nearby Share, the feature will be available in select smartphones.

The feature works in a similar way as seen in Apple devices. The devices use AirDrop features to transfer files from one iPhone to another without using any third-party application. Google has revealed that the feature is rolling out to Android 6.0+ phones and it makes it easier to instantly share files, links, pictures and more with other users. The feature is also designed to keep privacy in mind.

The company has revealed that with simple taps, users will set the list of devices in proximity with which one can share the content. Users can then select the receiver and they will be notified with the option to either accept or decline the file. Nearby Share then automatically chooses the best protocol for fast and easy sharing using Bluetooth, Bluetooth Low Energy, WebRTC or peer-to-peer WiFi.

Google says that Nearby Share is built with privacy at its core. Nearby Share allows users to both send and receive files anonymously. It also allows users to adjust their privacy settings from their phone’s Quick Settings at any time. One can be “hidden,” visible to “some contacts” or visible to “all contacts,” so they never receive files that they didn’t ask for. In the coming months, Nearby Share will work with Chromebooks so you can swiftly share files between an Android phone and a Chromebook, and vice versa.