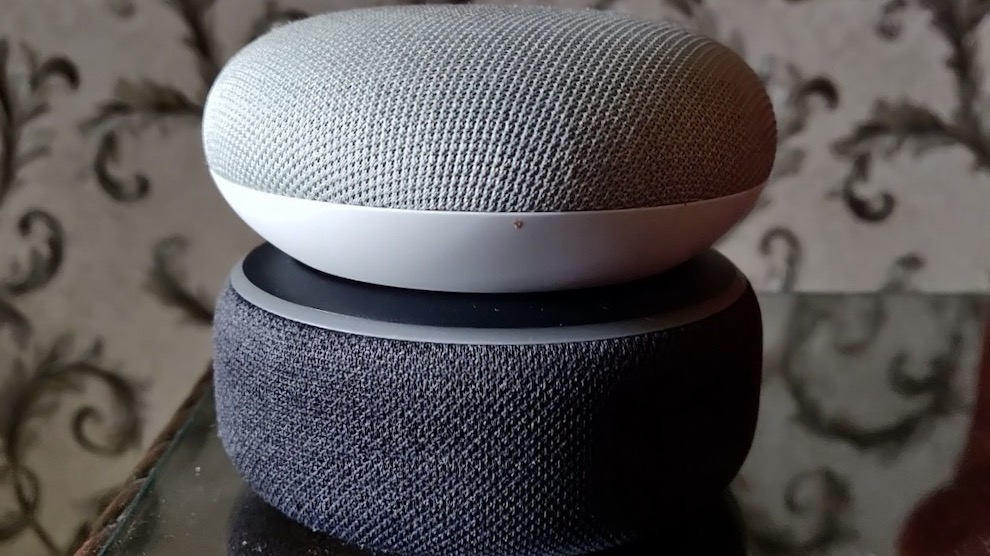 We compare these tiny, power-packed speakers so that you can make the right decision.

Planning to buy a smart speaker are you confused between Google Home Mini and the Amazon Echo dot(3rdgen)which are priced at ₹3999? Here we will compare their different aspects and help you choose the right one!

So, both are very compact and can be placed anywhere close to a wall outlet as they need to be plugged in.

The Google Home Mini and the Echo Dot have rubber bottoms giving them a good grip on any surface.

The Google Home Mini is available in two colours: chalk and charcoal whereas the Echo Dot comes in four colours: Black, Grey, Purple and White. The google home looks better with its sober colour pallet and blends better with the environment making it almost invisible. 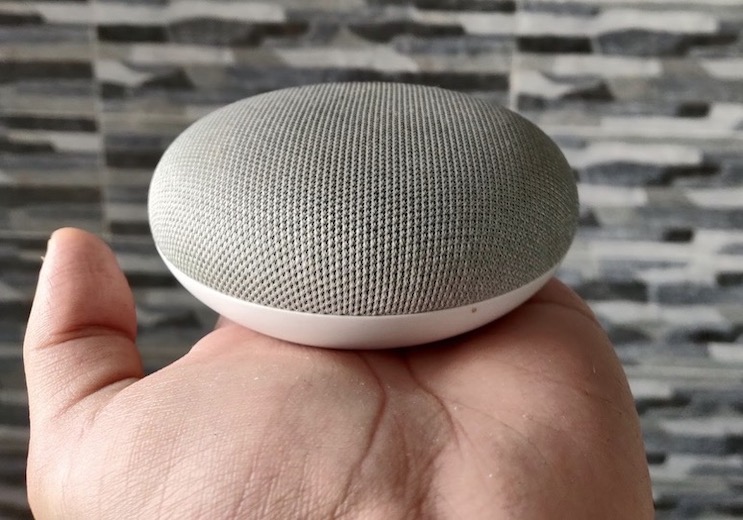 Both the devices feature an upward-facing driver with the aim of dispersing the sound in 360degrees. The Home Mini has capacitive touch sensors at the top on either side for volume control with 4 LED indicators between them and a toggle at the back to turn off the mic.

On the other hand, Echo Dot, unlike the Home Mini, has 4 tactile physical buttons at the top for changing the volume, turning off the mic and invoking Alexa. Around the buttons is a light ring that changes colour and intensity based on the action being done.

An added bonus with the Echo Dot is the presence of a 3.5mm jack-in for playing music via cable, something which the home mini lacks. 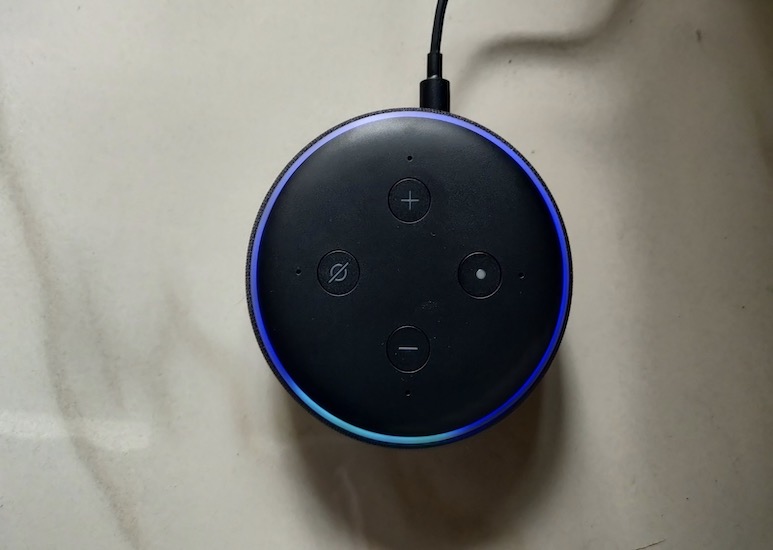 The sound performance of the Echo Dot, unlike the Home Mini, is affected by the surface its kept on. A softer surface would lead to a muffled sound. Both can get very loud and fill an entire moderately sized room.

You can cast your music through any supported music app like Gaana, Apple music etc on the Home mini whereas the Echo dot can only be cast to via amazon music.

The Google Home Mini uses Google’s Google Assistant and the Echo Dot uses Alexa. Both have a very friendly voice and can speak in different accents and languages including Hindi! The google home does a better job at understanding the Indian accent compared to its counterpart. The Echo struggled with understanding the names of places, music, artists etc but the Home Mini encountered no such issues, but Alexa has a set of features called ‘skills’ which enables it to do things like stream music to a compatible speaker(Bose, Sonos etc) or play fun games and quizzes.

The Home mini uses the ‘Home’ app and the echo dot uses the Alexa app for setting up and managing your devices. Both the apps are intuitive but the Home app was cleaner, better organised and more polished compared to the Alexa app.

The Alexa app was sometimes found to be unresponsive or at times even, crashed! The home app is fast, fluid and has useful placards right on the screen.

The home mini is capable of controlling your android tv or any other tv with a chrome cast connected to it and the echo dot can do the same with a tv connected to a fire tv device.

You can also set up your smart devices such as a smart bulb, Smart ac etc via these apps and control them with your voice.

The Google Home Mini and the Echo Dot are very capable with big sound and features. If you are more audio-centric then go for the Home mini but if you care more about smart features, then the Echo Dot won’t disappoint.