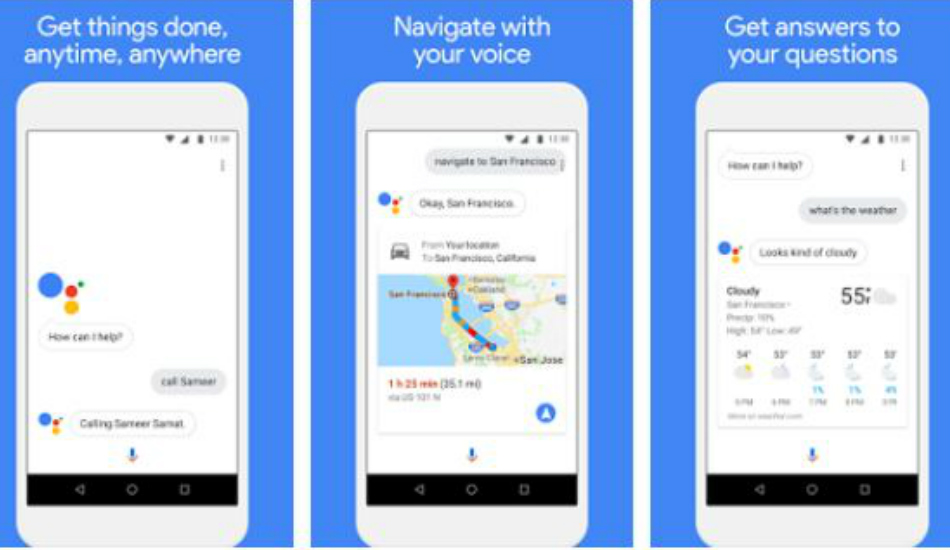 Google has launched the lightweight version of its virtual assistant, dubbed as Google Assistant Go, on Google Play.

Google announced its Android Oreo (Go Edition) at ‘Google For India’ event in India last year. The brand also a slew of Google apps are specially designed for low-end smartphones. Though Android Oreo (Go edition) is yet to make its official debut, Google has launched the lightweight version of its virtual assistant, dubbed as Google Assistant Go, on Google Play.

The app is available for download from Play Store, though it is compatible with devices running Android 8.0 Oreo or above. The listing reveals that the Assistant Go will bring a host of interesting features to the low-end smartphones.

Users can make quick phone calls, send text messages, play music, navigate to places, preview upcoming events, weather information and answers to generic questions. One can access the Google Assistant Go by tapping on the Assistant icon or long-pressing the home button on the phone. Interestingly, there are certain features are currently not supported by the Google Assistant Go.

These include reminders, controls for smart home devices, Actions on Google and Device Actions. The app currently supports the English language with more languages to be added in near future. Notably, the app comes months after Google released other apps like Files Go, Gboard Go, Google Go, Maps Go and YouTube Go, which are meant for low-powered smartphones.

For the unintended, the Go edition was first announced at Google I/O 2017 and it meant for low-end devices that run with 512MB to 1GB of memory. The aim is to provide the latest Android updates to the masses and it will be available as a part of Android 8.1 release tomorrow.

The latest Android Oreo (Go edition) is specially optimized for the entry-level handsets and it includes better performance along with built-in data management features and security benefits. Further, Google has created a new section that recommends popular apps that are tuned to run well on entry-level smartphones. The company says that the phones running Android Oreo (Go edition) will hit the shelves in early 2018.