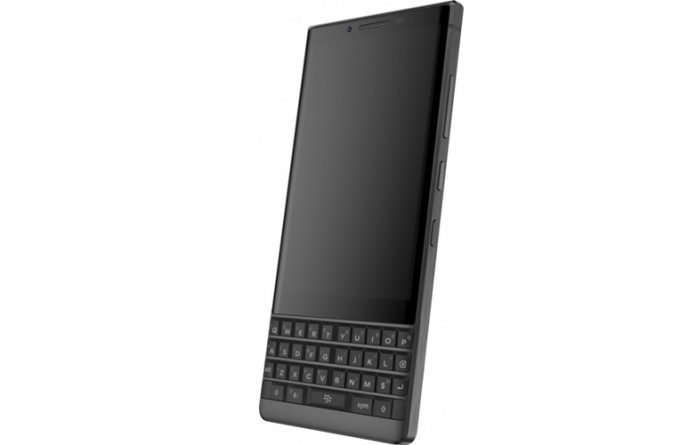 Weeks ahead of its launch on June 7, the BlackBerry KEY2 finds itself at the hallways of Geekbench in two different listings: the 4GB RAM and 6GB RAM variants. Modelled the BlackBerry BBE100-2, the successor to last year’s BlackBerry KEYone is powered by Qualcomm’s mid-range Snapdragon 660 processor and runs on the latest Android 8.1 Oreo. 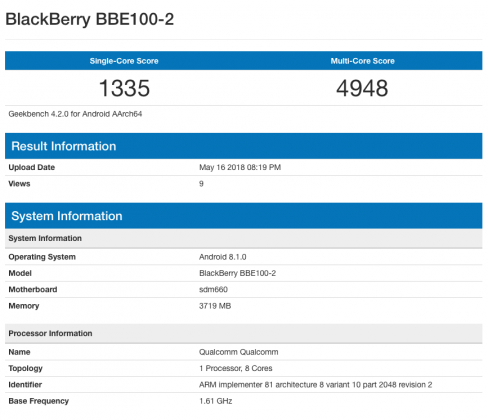 The BlackBerry KEY2 will launch in two RAM variants unlike its predecessors and scores an impressive 5K mark in the multi-core test. While the 4GB KEY2 scores 1291 points in single core benchmark, the more high-end version scores an improved 1335 points in the same test. If benchmark scores are anything to be judged with, both KEY2 smartphones close in on the 5,000 score on multi-core test, with the 4GB model just loosing out by a mere 110 points. 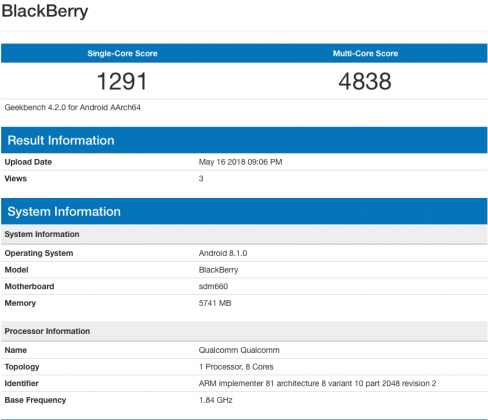 The Geekbench listing comes just a week after the BlackBerry KEY2 was cleared with WiFi and Bluetooth certification. The upcoming BlackBerry device is expected to equip a 4.5-inch IPS LCD FHD screen with a resolution of 1080×1620 pixels and if you wondered why the weird aspect ratio, then you might have forgotten that the BlackBerry KEY lineup comes with the trademark full QWERTY physical keyboard.

In addition to the two RAM options, the KEY2 will come with up to 128GB internal storage with a microSD card slot for expandable memory. The device will employ a dual 12MP + 8MP camera setup, being the first of its kind Blackberry phone to do so. There will be a front-facing 8MP sensor that will be able to record videos at 1080p. On the connectivity front, the phone will come with dual-band WiFi, GPS, Bluetooth v4.2, NFC, a type C port and a headphone jack. All of this will be backed up by a 3,360mAh battery with the ability to fast charge.