BlackBerry KEY2 will be the successor of the KEYone smartphone. Wifi certification does not show any specifications except that the device will be powered by Android Oreo operating system. 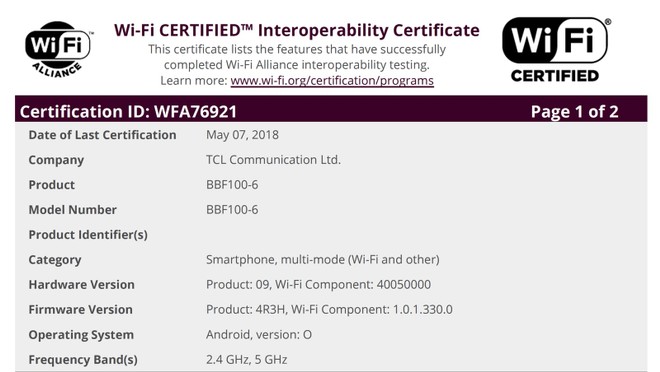 The Wi-Fi certification reveals that the BlackBerry KEY2 will support dual-band Wi-Fi a/b/g/n (2.4GHz, 5GHz) capabilities. Sadly, the listing does not show any specifications except that the device will be powered by Android Oreo operating system. The listing carries the certification ID WFA76921 and the date of certification being 7th May 2018. The model listed at Wi-Fi Alliance bears the model number BBF100-6.

As per earlier leaks the phone would have a USB-C port for charging and a headphone jack on the top. Rumours also suggest that the phone will be powered by Qualcomm’s mid-range Snapdragon 660 chipset with 6GB RAM and 64GB of onboard storage.