Xiaomi is all set to launch its first high-end speaker alongside the Mi MIX 4 on August 10. The speaker may also feature dual-band Wi-Fi. 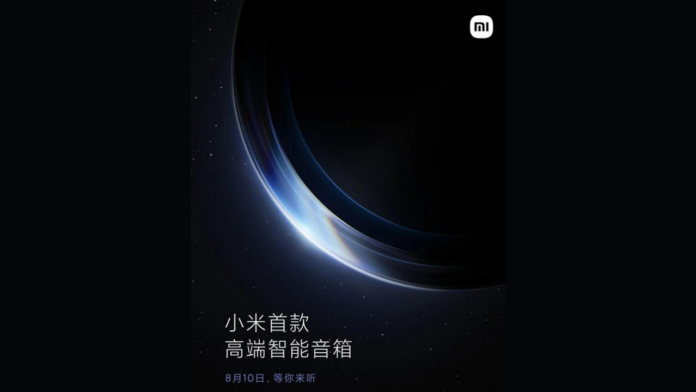 The announcement was made through Weibo again by Xiaomi. The company describes its speaker to be a ‘symphony of technology and art’. There’s no information regarding what the speaker looks like and what are its specifications.

However, a recent listing on Wi-Fi Alliance suggests this could be the L16A Smart Speaker. The listing states that the high-end speaker from Xiaomi will come with dual-band Wi-Fi, thereby hinting towards smart capabilities baked into the speaker itself. It may act as a control hub through which users will be able to control other smart products as well.

As its still a rumour, the information should be taken with a pinch of salt. Launching alongside the speaker will be the Mi MIX 4. The looks of the device are still under wraps but it will likely be coming with an under-display camera. The device has been confirmed to run on MIUI 12.5.

Xiaomi phone with 2016118C model was recently spotted on China’s 3C certification website and TENAA. The 3C certification suggests the device may arrive with 120W fast charging support. The rear camera setup of the phone may sport triple cameras. They may include Samsung GN1s 50-megapixel primary camera, a 48-megapixel ultrawide lens, and a 48-megapixel telephoto shooter.

In addition, the device may also carry support for 70W or 80W wireless charging.As per earlier leaks, the phone will launch with 8GB and 12GB RAM options. In addition, both variants will have 256GB of internal storage. The device will most likely support 5G, considering it’s one of the top-of-the-line devices from Xiaomi. The Mi MIX 4 could pack a 5,000mAh battery.