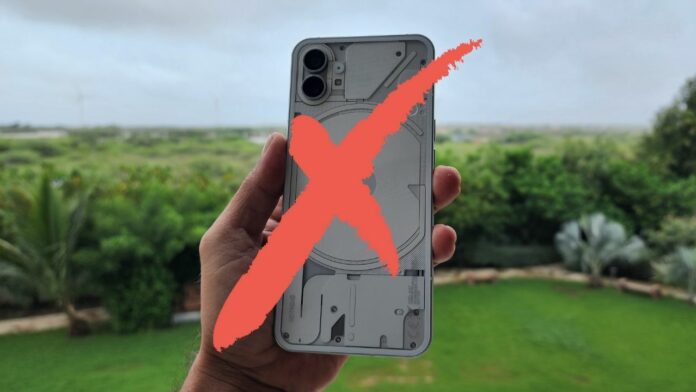 After the much-hyped launch of its first phone, the Phone (1), Nothing is believed to be already working on its second device. As per several sources in the tech industry, this one will be very similar to the Phone (1) and is, in fact, being even seen as a “Lite” version of that device.

While this device will come with the same display, processor and cameras as the Phone (1), there will be two important points of difference – it will have a plain glass back (no LEDs, no Glyph Interface) and will come with no support for wireless charging. It will, however, have a 42W charger in the box, although it too will support only 33W charging. However, when The Mobile Indian contacted Nothing they denied the existence of such a device.

Nothing Lite Phone (1) specs and Price ( Source Based)

The second Nothing phone is expected to be a more budget-friendly option than the Phone (1) which starts at Rs 32,999. While none of our sources were certain of RAM and storage variants, there are some indications that the phone will start at Rs 24,999 for a 6 GB/ 128 GB variant. Interestingly, a few sources have even said that the new phone will come with a slightly larger 5000 mAh battery.

The rest of the specs are supposed to be largely in line with what we have seen in the Nothing Phone (1) – a 6.55-inch full HD+ AMOLED display with 120 Hz refresh rate, a Qualcomm Snapdragon 778G+ processor, dual 50-megapixel cameras on the back and a 16-megapixel front-facing camera. The phone will, of course, run on Nothing’s very minimal Nothing OS interface and come with Android 12 preinstalled, and will also come with IP53 splash resistance.

Nothing & Flipkart mess up? Only two variants of Phone (1) available for pre-order

Nothing Phone (1) gets a new update which improves cameras, brings improvements

As per what our sources tell us, Nothing’s second phone is a more pocket-friendly option to its first device, and will allow the brand to cash in on the hype of the Phone (1). The Phone (1) has been in high demand ever since it was launched a few weeks ago, and a lower-priced device with broadly similar specs would definitely attract a significant number of users. In fact, if our sources turn out to be correct, the second Nothing phone would be excellent value for money, although it would lack that incredibly amazing back with 900 LEDs and wireless charging.

Nothing Lite Phone (1) Availability ( Source Based)

The second Nothing phone is expected to be announced in the Indian festive season and is also expected to be sold on Flipkart. There is even a rumour that the price of the Nothing Phone (1) will also dip below Rs 30,000 at that time as part of a “special offer.”

We would, however, like to stress that this information is essentially based on information shared by our sources at the time of writing, with no official confirmation from Nothing. We reached out to Nothing in this regard and the brand has denied that any device of this nature is in the works or is even being planned. It would be very interesting if there was something in this Nothing rumour, though. We all would love a sub-Rs 25,000 phone with Nothing’s clean UI and uniform bezel design!