Nothing Phone (1) buyers in India are not happy with the experience. 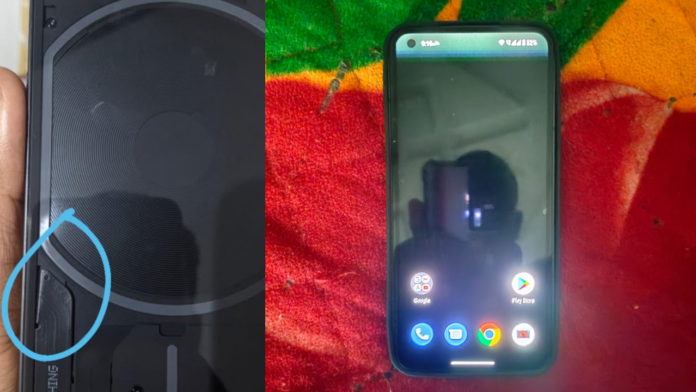 Nothing has had a rough couple of weeks in India since it launched its first smartphone called Nothing Phone (1). While there have been delays in deliveries of the device, multiple customers have taken to social media to discuss various issues they have been facing with regards to Nothing Phone (1)’s build quality issues, shipment delays, green tint on display and more.

A bunch of users on Twitter have posted issues regarding Nothing Phone (1) where the bottom left black wire tape is mis-aligned while many have reported of a green tint at the top and bottom portion of the display. Nothing has already issued a software update which claims to have recalibrate the effect to reduce the green tint.

Further, people have been fed up of Flipkart rejecting their return/replace requests of the Phone (1). Not only this, but the flash light module on some units is also misplaced while some units can be seen having dust particles underneath the back panel. Problems for Nothing Phone (1) don’t end here as users have been reporting of dead pixels around the hole-punch for the front camera just in an hour of usage. Some users also complained of getting damaged replacement handsets.

Read More: Nothing Phone (1) gets a new update which improves cameras, brings improvements

In a response to a query from Gadgets360 regarding the issues, Nothing has said, ”We’re aware that a handful of our early customers were impacted, the scale of which is very low. Our standards are very high and this is not the experience we want any user to have. We apologise for any inconvenience caused. We are working hard to address all issues and the recent software update has helped recalibrate the display effect”.

It may take a while for Nothing to sort out things and eliminate these Quality control issues. It might be possible that only some of the batches were affected as many have received units that have no issues as such. If you have gotten your Phone (1) recently, make sure to check for these issues and try to get it replaced as soon as possible if you face any of them.