Does JioPhone Next really pose a threat to Airtel, Vodafone Idea?

Reliance launched its JioPhone Next with a price tag of Rs 6,499 along with a bunch of EMI options. Can it be a threat to other operators? 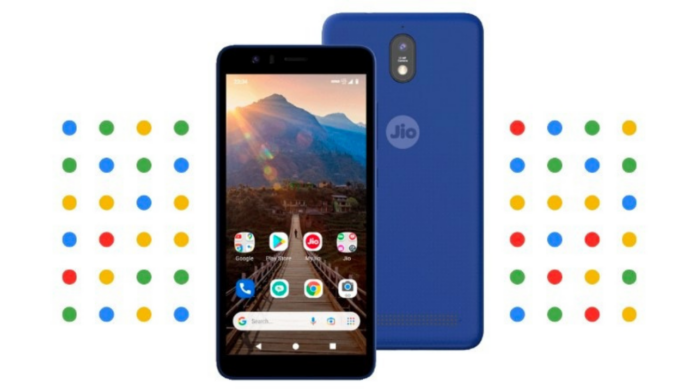 Jio recently introduced a new smartphone for the Indian market that has been made in collaboration with Google, called the JioPhone Next. The device has been priced at Rs 6,499, gets a bunch of EMI financing options, and has also been one of the most anticipated smartphones this year. But does it pose a threat to other mobile operators, including Airtel, Vodafone Idea? Let’s take a look.

Firstly, is the JioPhone Next Worthy?

To answer the question, let’s look at what other options we have under Rs 8,000. Two of the valuable smartphones we have that are competitive for the JioPhone Next include Infinix Smart 5A and the Redmi 9A.

It features a dual-camera set up in the rear camera. There is a 13-megapixel primary camera and a 2-megapixel depth sensor. For the front, there is an 8 megapixels selfie sensor. Moving on, the phone runs on XOS 7.6 based on Android 11. The smartphone is backed by a 5,000mAh battery that supports only 10W charging.

Talking about the specifications of the Redmi 9A, the phone comes with a 6.53-inch HD+ IPS display with a screen resolution of 1600 x 720 pixels and an aspect ratio of 20:9. It runs on MIUI 12, based on Android 10 on top. Unfortunately, the phone lacks a fingerprint reader.

The smartphone is powered by a 2GHz Octa-Core MediaTek Helio G25 processor with IMG PowerVR GE8320 GPU. The phone has 2GB of RAM and 32GB of internal storage, which can be expanded up to 512GB via a microSD card slot.

The Redmi 9A packs a 5,000mAh battery that supports 10W fast charging. It also has an IR blaster, USB-C port and fast charging support. In addition, the phone features a single 12-megapixel rear sensor with f/2.2 aperture and a 5-megapixel selfie shooter placed inside the water drop-style notch.

The Redmi 9A has a USB-C port that is much more acceptable than the MicroUSB port that is now old. Moreover, the processor on the Redmi 9A is superior to both of the concerned phones. It even has an IR Blaster, which is hardly found on any smartphone these days. These smartphones also have better connectivity hardware, including the latest Bluetooth versions. Moreover, one of the SIMs in the JioPhone Next is locked to the Jio SIM, which certainly limits the freedom of choice.

What about the price of the JioPhone? As mentioned, you can pay a total of Rs 6,499 as a one-time payment to purchase the smartphone. Or you can opt for the financing options. For those who are unaware, JioPhone Next is also being provided with EMI options where you will have to pay Rs 2,500 as an upfront cost while the rest can be paid in instalments. These EMI options also get you data and calling benefits for your JioPhone.

This proves that you have much better options available in the market that are more worthy of your hard-earned money. Also, you can choose whatever operator’s SIM you want to use in both slots. Moreover, these aren’t the only phones under Rs 8,000 that are better than JioPhone Next. We also have Realme Narzo 50i, C11 2021 and even more that are superior to JioPhone Next. If you opt for financing options for JioPhone Next, you again have a bunch of alternatives, including Redmi 10 Prime, Oppo A31 and more.

Secondly, can a Jio smartphone really pose a threat to other operators?

To answer this question, we’ll consider some facts first. Customers are switching their networks every day from one operator to another. Even in the recent past, it was observed that Airtel managed to gain the most number of subscribers in 2020 through the users who wanted to make a switch from their original networks.

The research further shows that the Indian smartphone users on the three leading telecom networks, including Jio, Airtel and Vi, who changed their mobile service provider, had a worse experience before they switched compared to the typical mobile experience on their original network.

This adds to the fact that a user is looking for a quality network and an attractive set of offers, rather than cheap hardware. Moreover, an operator is competing with companies like Realme, Redmi, Infinix, etc who specialise in making such kinds of products and have a clear advantage as they know the market dynamics better.

A recent TRAI report suggests that Reliance Jio retained its top position with the highest average data download speed of 21.9 megabit per second among 4G service providers in October. However, Bharti Airtel and Vodafone Idea network have been continuously recording an increase in data download speed, meaning that they have been reducing the gap with the Jio network.

Note that Jio itself is topping the charts because of its network quality and not hardware. Furthermore, according to Nomura India, the bundled mobile plans with Jio’s new phone are at a 20-30 percent premium to regular daily data plans.

Analysts have also viewed the new phone and have compared it to other existing entry-level phones on an overall cost basis. However, according to Kotak Institutional Equities report, the JioPhone Next seems a less attractive option when compared to Bharti Airtel’s recent cashback scheme on a wide variety of new 4G devices. “We believe that these plans are unlikely to cause any major disruption and hence, the stage seems set for the operators to raise tariffs for the prepaid smartphone segment and improve economics in due course,” Kotak said.

Airtel managing director Gopal Vittal recently also made a statement and said that he was unsure if a newly-launched 4G smartphone (JioPhone Next) would attract feature phone users in mass numbers due to its pricing. “I’m not too sure if the new 4G device will drive feature phone users to upgrade in a major way as smartphone prices, including those of 4G devices priced up to Rs 12,000, have risen sharply due to high input costs chipset costs, memory and screen prices have all gone up,” Vittal had said.

Airtel also has a cashback program where it would provide a cashback of Rs 6,000 to customers who purchase a new smartphone priced approximately up to Rs 12,000 from leading brands. Over 150 smartphones are eligible for this benefit. To avail of the cashback of Rs 6000 cashback, an Airtel customer needs to recharge with an Airtel prepaid pack of Rs 249 or above continuously, as per pack validity for 36 months. The customer will receive the cashback in two parts – the first instalment of Rs 2000 after 18 months or 1.5 years and the remaining Rs 4000 after 36 months or the three years.

As seen, operators are already making statements that they are not worried by the launch of the JioPhone Next and have already downplayed its arrival. This is because they have already been providing better value benefits even before the JioPhone Next launched, which is already not very worthy of the price tag it carries. The only thing that matters for the subscribers is the quality of the network, and only a superior network quality of one operator can pose a threat to others.