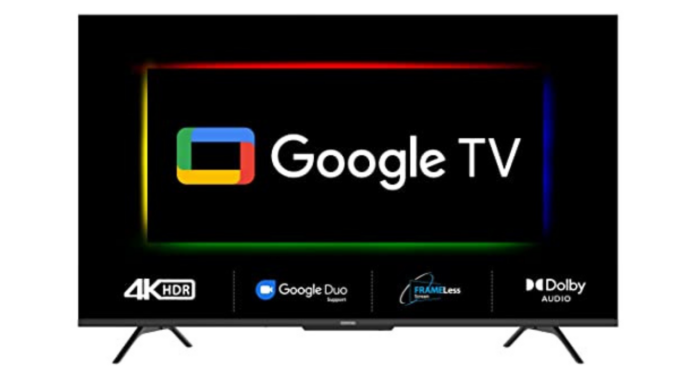 Coocaa, amglobal smart TV brand, has launched its latest generation of Google TVs for the Indian market. Initially the product will be available in display sizes of 43 and 55 inches with the launch price starting at Rs 29,999 on Amazon.in.

The new range of Coocaa Google TVs offer other features such as 4K HDR, Dolby audio, Swaiot Home, Google Duo supported, Function like Google Assistant & Far Field through which you can switch on & operate your TV by just giving voice commands.

Connectivity options on the TV include 3 HDMI ports to connect set top box, Blu-ray speakers or a gaming console, 2 USB ports to connect hard drives or other USB devices and an IR Port to control connected devices like DVD / STB Players. The 32-inch model has 30 Watts sound output with Dolby Audio and DTS Tru Surround.

One can choose from a vast catalog of movies and TV shows from Prime Video, Netflix, Hotstar, Zee5, Sony LIV and more. The TVs have dual-band Wi-Fi and Bluetooth for wireless connectivity. Coocaa Google TV has built-in coocaa’s latest Chameleon Extreme 2.0 image engine, which can intelligently analyze and process images to precisely restore image details.