Chromecast with Google TV has launched in India 2 years after its US debut. 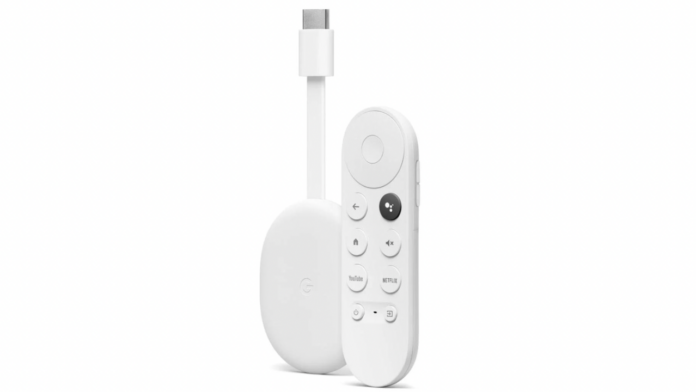 Google has launched the Chromecast with Google TV in India almost after two years since it was launched for the rest of the world. It can easily connect via HDMI to a TV and delivers 4K HDR output. It offers a frame rate of 60fps. Further, the device also supports Dolby Digital Plus, Dolby Atmos and more.

The new Chromecast is priced at Rs 6,399 and can be purchased from Flipkart in the Snow colour. It comes with a bundled YouTube Premium package which is valid for up to three months. Apart from the Chromecast, the package also includes a power adaptor, a power cable, a voice remote, and two AAA batteries.

The new Chromecast with Google TV comes with Google TV OS which the name already specifies. Google TV is a new and revamped version of Android TV. There is a totally different UI which is much similar to Roku and FireTV devices.

The new Chromecast comes with a USB Type-C power adapter on the dongle and has support for 4K HDR up to 60fps, Dolby Digital Plus, Dolby Atmos, DTSX, Dolby Vision, h.256 streams and also HDR 10+. The device also has Bluetooth connectivity and comes with dual-band wifi support.

Coming to the new remote, the remote has a 4-way D-Pad for navigation and the remote comes with a dedicated Netflix and YouTube button. There’s also a button for Google Assistant. The remote can also be linked to the TV with the CEC feature so you can control the volume of the TV with the remote.

In related news, the brand is all set to launch the Pixel Buds Pro in India on July 28. The Pixel Buds Pro are the most premium TWS offering by Google as of yet. It carries beam forming microphones that use noise suppression algorithms trained with machine learning to suppress wind traffic and other background noise.