BoAt will soon launch the Airdopes 175 TWS earbuds in India with an IPX4 rated build, IWP technology support and more. 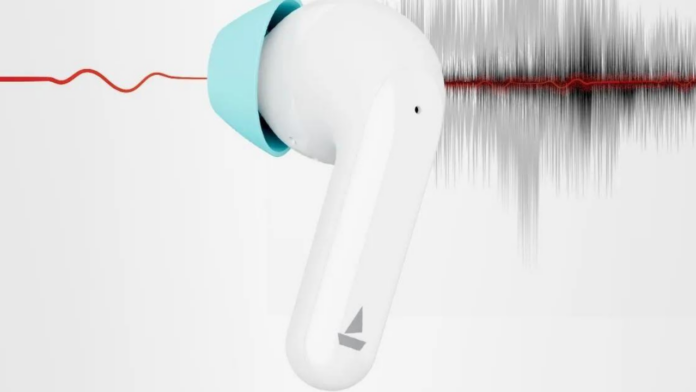 BoAt is gearing up to launch a new set of TWS earbuds in India that will be called the Airdopes 175. Ahead of the launch, the features of the TWS earbuds including its battery life, driver setup, and more have been revealed. Moreover, it has also been confirmed that the Airdopes 175 will come in Red, Blue, White and Black colour options.

An Amazon listing of the BoAt Airdopes 175 says that the buds will have an in-ear style design. There’s an IPX4 rating for water and sweat resistance rating. This means you can take them out for swimming or gym workouts.

They are powered by a 10mm driver that is claimed to offer a balanced immersive sound experience. The earbuds use Bluetooth 5.2 for wireless connectivity and are equipped with a quad-mic set-up for clear audio calls.

Next, the buds feature IWP technology that lets you pair the buds whenever the lid of the charging case is opened and get disconnected when the lid is closed. Further, there’s support for voice assistants like Siri on iPhones and Google Assistant on Android phones.

As for the battery, the Boat Airdopes 175 TWS are claimed to last up to 35 hours. A single charge can help the buds last up to 8 hours while an additional 27 hours is claimed with the included case. A quick 5-minute charge can offer up to 75 minutes of playback time as per the company.

The pricing as well as the availability of the earbuds is yet to be confirmed by the brand. Recently, boAt also launched the Airdopes 500 ANC which are powered by 8mm drivers setup with Boat’s signature audio experience. Further, they come with support for hybrid active noise cancellation up to 35dB, which means it will be able of cancelling out a broader range of frequencies.