BMW will be launching its X3 SUV in India on April 19, Mercedes-Benz GLC and the Audi Q5 with be the competitors

Inspired by the BMW 5-series range, the SUV is based on the company’s new CLAR (Cluster Architecture), due to which the brand is able to shed 55 kg of weight.

German automobile manufacturer, BMW has announced to launch its next-generation X3 in India on April 19, 2018. The SUV was earlier showcased at this year’s Auto Expo along with the BMW i8 Roadster. It is worth noting that the price of the X3 is not yet disclosed but it is expected to be around Rs 50 lakh to Rs 60 lakh (ex-showroom).

Inspired by the BMW 5-series range, the SUV is based on the company’s new CLAR (Cluster Architecture), due to which the brand is able to shed 55 kg of weight, increase its wheelbase along with the cabin space. 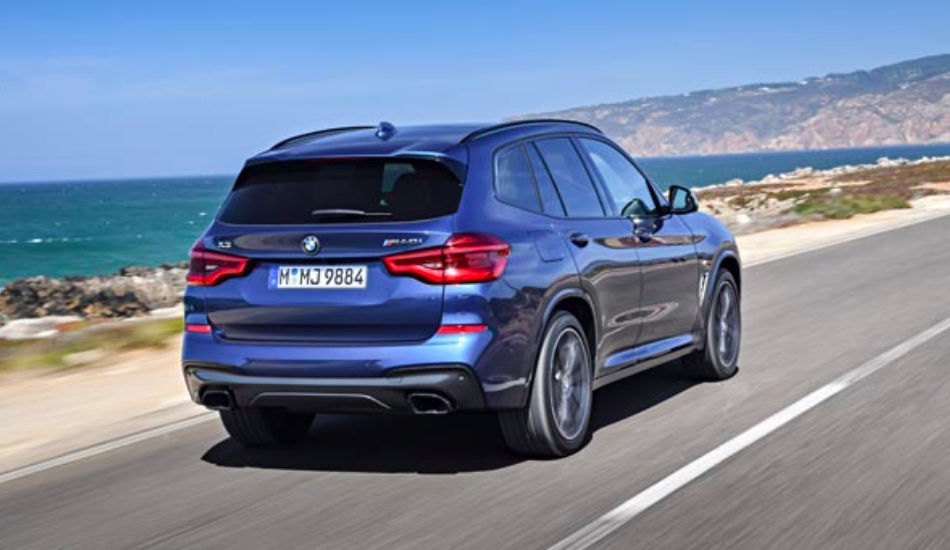 Competing with the Mercedes-Benz GLC and the Audi Q5, the X3 will be launched in two diesel variants xDrive20d and the xDrive30d. The former will be powered by2.0-litre, a four-cylinder motorwhich will generatethe maximum power of 190bhp and peak torque of 400 Nm, while the later will be equipped with the3.0-litre, six-cylinderengine and will chunk the power of 248 bhp with 620 Nm torque. The trims will be mated to an eight-speed Steptronic transmission.

In terms of design, the SUV spots new larger kidney grilles at the front with the redesigned DRL headlamp, bigger 18-inch alloy wheels, the new bumper gets the dedicated fog lamps and a new pair of edging LED tail light. On the inside, the X3 comes with a new touchscreen infotainment system, with an option of the 12.3-inch digital instrument cluster, heads-up display and the digital key.