BlackBerry is all set to make some new announcements on the August 2 in India. The company has started sending out media invites for the launch event that will take place at 11:00 AM IST. The brand is reported to launch two smartphones, BlackBerry Evolve and Evolve X, which are none other than Ghost and Ghost Pro.

BlackBerry’s India licensee partner, Optiemus Infracom Ltd, is all set to unveil new products in India on August 2. The company has started sending out media invites for the launch event that is scheduled to take place at 11:00 AM IST. Although the company has not revealed what it will launch during the launch event, it is highly expected that the brand might introduce two smartphones, Evolve and Evolve X, in the country. These smartphones are none other than BlackBerry Ghost and Ghost Pro, which have been rumoured for a while now. 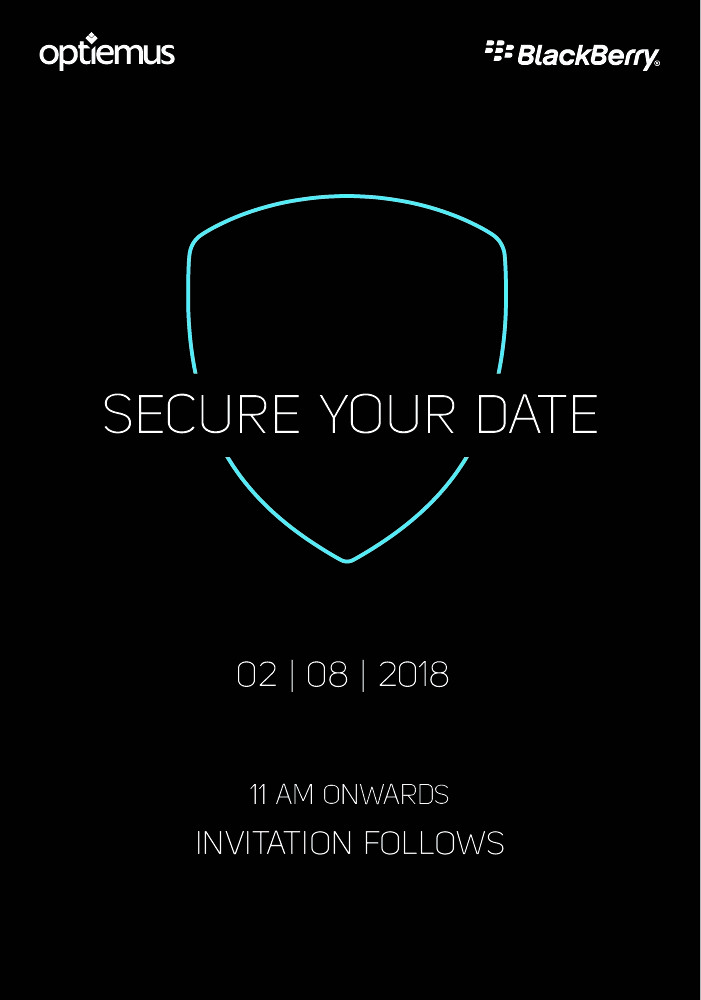 The launch event is in line with a previous leakthat hints the launch could take place in the third quarter of 2018. Evolve aka BlackBerry Ghost will come loaded with a 4000mAh battery. On the other hand, Evolve X aka Ghost Pro will be the company’s flagship smartphone and it will come loaded with dual rear cameras with optical zoom and low-light enhancement. One could also expect it to be powered by the latest Qualcomm processor.

Previous renders of the Ghost Pro revealed that the device will feature an 18:9 aspect ratio. The phone could come with a metal frame with curved corners to give a premium look. However, there is no concrete information available in terms of specifications and pricing of the Evolve and Evolve X.

Meanwhile, Optiemushad introduced the latest BlackBerry KEY2 in India earlier this month. The latest smartphone with physical QWERTY keypad comes with a price tag of Rs 42,990 and it will be exclusively available on Amazon starting from July 31, 2018.