The Black Shark 4 Pro has been reviewed by DxOMark ahead of tomorrow's launch. The Audio Review seems to confirm some of the key specifications as well

The Black Shark 4 Pro is set to be announced tomorrow in China and the key specifications of the smartphone have already been confirmed by DxOMark as a part of their Audio Reviews which are often released before the phone has been announced.

The same happened with the Black Shark 4 and DxOMark’s review confirms the smartphone will sport a 6.67-inch AMOLED display with punch hole cutout and a 144Hz refresh rate.

The Black Shark 4 Pro will be powered by flagship Snapdragon 888 chipset and will pack a 4,500 mAh battery with 120W fast charging support. The review which DxOMark posted maundered about the audio capabilities of the smartphone with class-leading timbre and sound balance.

The Black Shark 4 Pro has a dual stereo speaker setup with one speaker at the top and one at the bottom. There’s support for the DTS, AAC and Cirrus Logic codecs. The phone has various profiles for different scenarios such as gaming, movie, music, etc. 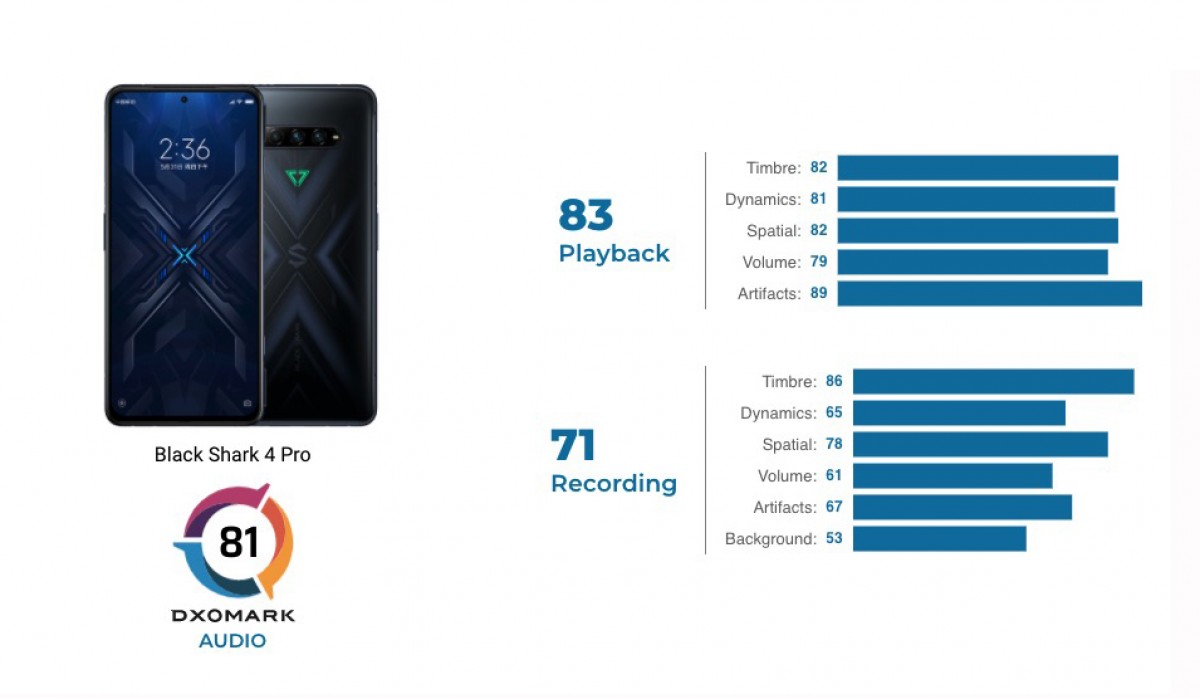 The smartphone managed a combined score of 81 points which places it above the Mi 10S that scored 80 points in the Audio Review by DxOMark.

The non-pro version of the BlackShark 4 series was recently leaked in hands-on images which shows that Black Shark 4 display will feature a selfie camera cutout at the top-center position. The right edge of the device will have a side-mounted fingerprint scanner embedded in a power button along with a gaming trigger button.