The update is about 57.6 MB in size and is now available to all compatible iOS devices

Apple has started rolling out the iOS 11.2.1 update for its iPhone, iPod and iPad devices. The update contains few improvements and a fix related to the Homekit remote access for shared users. The Cupertino giant has also released a tvOS 11.2.1 for the Apple TV.

Last week the HomeKit app on the iOS devices was affected by a bug, which was responsible for giving unauthorised access to others, due to which users were exposed to unsafe circumstances. 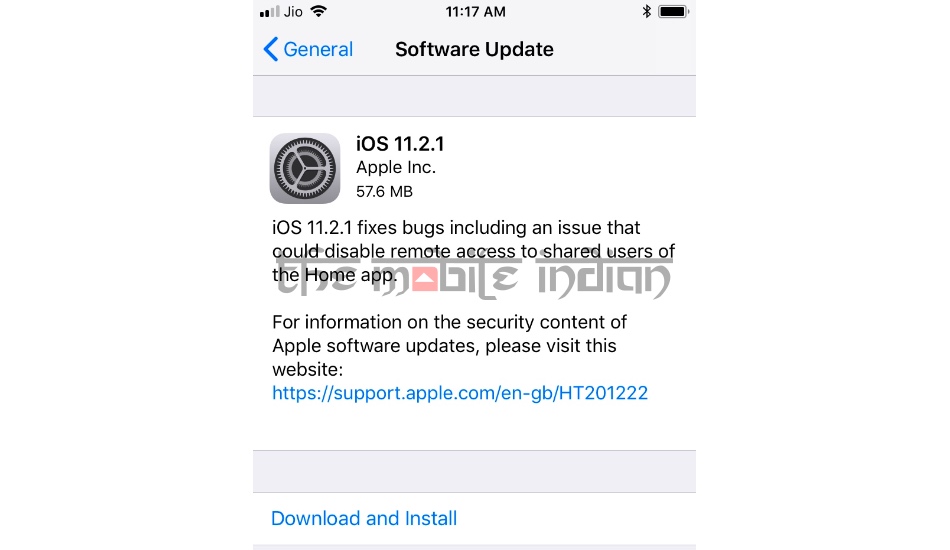 The update is about 57.6 MB in size and is now available to all compatible iOS devices including iPhone 8, iPhone 8 Plus, and other Apple devices starting from iPhone 5S or newer, 5th Gen iPad or newer and iPod touch 6th Gen. In order to check for the update, users need to go to Settings> General > Software Update to check for the update.

To recall, last week Apple has released theiOS 11.2 update to introduce the Apple Pay Cash, faster wireless charging for iPhone 8, iPhone 8 Plus and iPhone X and other fixes. However, the new update has also brought a Face ID not working,many users have reported about the seeing an alert on their devices saying “Unable to activate Face ID on this iPhone”, which was simply solved by rebooting the device.