The new update has also brought a Face ID not working issue for some users.

After releasing the iOS 11.1.2, Apple has rushed to the iOS 11.2 update that brings some bug fixes to the iPhone and iPad lineup. The latest update, the company has introduced the Apple Pay Cash, faster wireless charging for iPhone 8, iPhone 8 Plus and iPhone X and other fixes. However, the new update has also brought a Face ID not working issue for some users.

To start with, the iOS 11.2 was scheduled for the for the Over-The-Air(OTA) update later this month, but the company decided to rush it out, to fix the bug which ascontinuously crashing/restarting the device after 12:15 AM on December 2. The issue was solved by changing the date to December 1 for most of the users.

Moving to the iPhone X Face ID issue, according to the 9to5mac,after updating to iOS 11.2 software many users have reported about the seeing an alert on their devices saying “Unable to activate Face ID on this iPhone”, which was simply solved by rebooting the device. 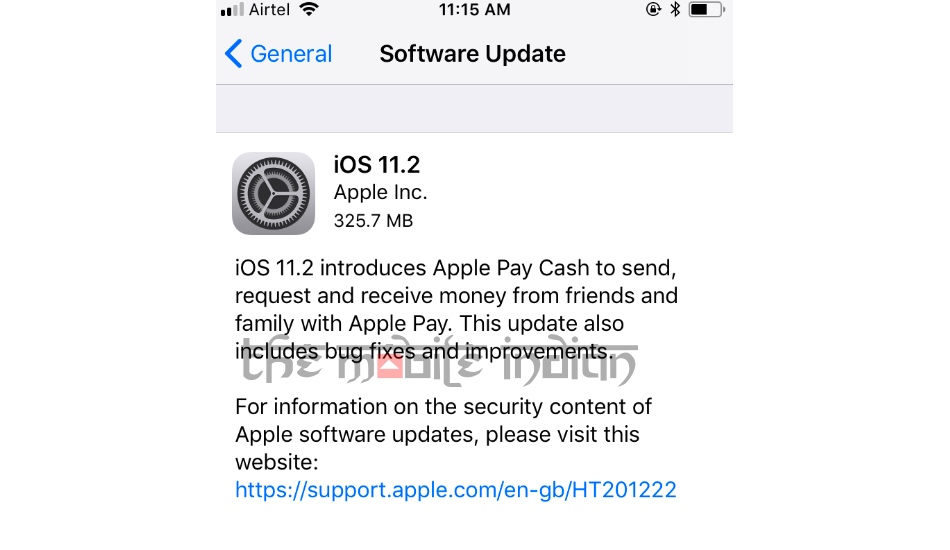 Further, talking about new features on the iOS 11.2, the update is about 325.7 MB in sizes and it is already available via OTA. Apple has launched the Apple Pay Cash service in the US. With this one will be able to send money to its family and friends via iMessages. Later the cash is deposited the receivers Apple Pay account and can be used at retail stores, e-commerce website and even be used to transfer in Bank account.

Other than this, the company has improved the wireless charging feature in this year launched Apple iPhones. Further, introduced three new Live wallpapers for the iPhone X. Improved video stabilization and other small fixes.