Apple could be looking to make iPhone 15 series devices even more powerful, durable, and pricier. 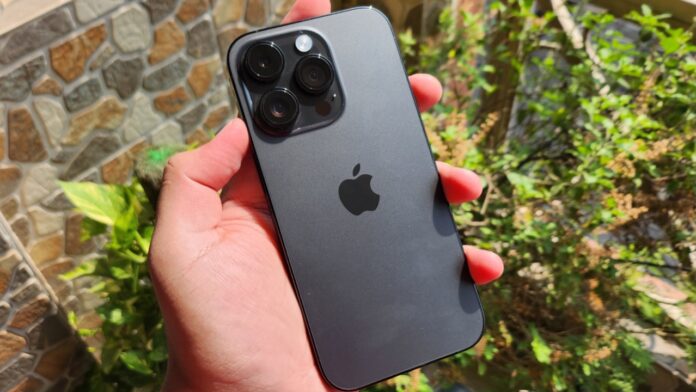 Apple iPhone 14 series had been launched a few months back, and now information about, presumably, the iPhone 15 series, which is expected to be launched in 2023, has started coming out. There have been several rumours floating around the iPhone 15 series of late, and here we are to keep you updated with all the rumours and other updates regarding the upcoming iPhones. Check them out.

iPhones switched to lightning ports years back for charging and data transfer. Since USB-C came into the scene, the majority of the accessories, smartphones, laptops and even some of Apple’s own devices have switched to it. However, the iPhones are still retaining the lightning port, and with iPhone 15 series, it seems like Apple may finally make the switch to a USB-C port, thanks to the EU mandate.

The EU lawmakers, back in June of this year, agreed for a single mobile charging port solution for mobile phones, tablets and cameras. This will force Apple to make the switch to USB-C. A recent report from analyst Ming-Chi Kuo emerged where he says, “My latest survey indicates all 2H23 new iPhones will abandon Lightning and change to USB-C, but only two high-end models (15 Pro & 15 Pro Max) will support the wired high-speed transfer, and the two standard ones (15 & 15 Plus) still support USB 2.0 same as Lightning.”

In other words, the iPhone 15 Pro and Pro Max will have a faster port which should allow Apple to equip the devices with faster charging support. The standard models could have the same, if not faster charging and data transfer speeds.

iPhone 15 series will have no buttons

The next rumour afloat suggests that physical volume and power buttons on next year’s two high-end iPhone 15 models will be replaced with solid-state buttons. For those unaware, Apple first brought the solid-state home button on the iPhone 7, where the button would give you a sense that it was pressed, with the help of a haptic motor which Apple likes to call its Taptic Engine.

The volume and power buttons of the iPhone 15 Pro and iPhone 15 Pro Max could adopt the very same technology. For this, Apple seems to be planning to equip the devices with three taptic engines, each placed on the internal right and left spines of the smartphones, alongside the one placed at the centre.

Several rumours making rounds in the industry suggest that the next year’s iPhone 15 Pro Max model would be called iPhone 15 Ultra. Bloomberg’s Ming-Chi Kuo claims the reason for the change in the marketing name could be due to the launch of the Apple Watch Ultra.

The ’Ultra’ moniker has been used by Samsung for its most top-end Galaxy S-series device for a while now. The same for the iPhone 15 series top model would generate an image of a more premium smartphone in consumers’ minds, compared to the ’Pro Max’ name.

Another redesign for Pro & Ultra models

Apple redesigned the chassis of the iPhone from a curved one to a sharp & flatter one with the iPhone 12 series and the iPhone 13 series and 14 series have followed the same design language. But now, it seems like its time for a redesign.

The iPhone 15 Pro & Ultra models could feature a rounded back panel rather than a flat one as the iPhone 14 and iPhone 13 series phones have had. This would be similar to the design introduced by Apple with the iPhone 5c, and the body design of the latest M1 Max and M1 Pro-powered MacBooks.

Furthermore, iPhone 15 Pro may also get a durable, Titanium body while the back panel will still have glass. Currently, the Pro models use stainless steel enclosure. However, the titanium body would make the phone even more durable and when combined with curved edges, it should give you a more comfortable grip in hand, despite being a big phone.

Periscope lens for the iPhone 15 Pro Max (or Ultra)

Another major change that would be introduced in the top-end iPhone 15 series model would be the addition of the periscope lens. Samsung and Huawei’s flagships have been using this lens for years now. For those unaware, the periscope lens uses a combination of mirrors or a prism to bend light.

It should help users to capture portraits with even better background blur and sharper foreground. It also helps the user zoom in further away without compromising much on quality, in comparison to a telephoto lens. Now, Kuo says he believes that the periscope lens will be exclusive to the 6.7-inch Pro Max (or Ultra) device, with the 6.1-inch Pro model keeping the telephoto lens for optical zoom.

Kuo says the 1/3″ sensor will have 12-megapixel resolution with f/2.8 aperture and up to 6x optical zoom, with sensor-shift stabilization.

A price tag even more expensive than iPhone 14 Pro Max

Keep an eye out for more leaks here in the article as we will keep updating it as soon as there’s a new development regarding the iPhone 15 series.