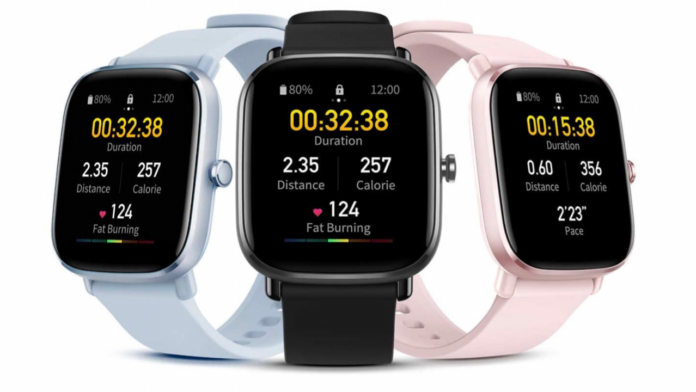 A couple of years back, Amazfit GTS 2 Mini was launched by Huami in India and it seems like the smartwatch is getting a slight refresh this year with the GTS 2 Mini New Version. The smartwatch has now been confirmed to launch in India on April 11, with sales beginning from the same day at 12PM IST.

The Amazfit GTS 2 Mini New version, despite its name, looks identical to the older version of the watch but with a new colour option being added which is Breeze Blue. The watch is currently offered in Black, Pink and Green colourways. The original price of the watch is Rs 6,999 while the price for the new version is yet to be unveiled.

The Amazfit GTS 2 mini offers a 1.55-inch AMOLED display with a resolution of 354 x 306 pixels and 301ppi pixel density and 2.5D glass on top. The smartwatch supports 50+ watch faces.It also has support for Android and iOS devices.

It also packs a bunch of sensors that include Accelerometer, Gyroscope sensor, Geomagnetic Sensor, Ambient Light sensor. You also get support for Female menstrual cycle tracking. However, the new version does not support Barometric Altimeter, meaning tracking of sports modes which rely on the sensor such as Skiing, aren’t available.