For the camera, there will be a 13-megapixel rear shooter with LED Flash along with a 16-megapixel selfie shooter.

Seems like Xiaomi is getting ready for the launch of its Redmi Note 5A Prime smartphone soon in the United States. As per the reports, the device has got the all necessary approval from Federal Communications Commission (FCC) that regulates interstate and international communications by radio, television, wire, satellite and cable in the US. 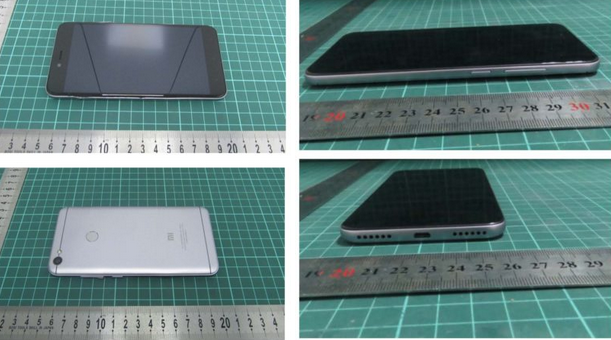 Xiaomi recently launched its latest Redmi Note smartphone, the entry-level Xiaomi Redmi Note 5A in China. The new device spotted at the FCC document comes with the model number MDG6S and is said to be a new variant of Xiaomi Redmi Note 5A which is dubbed as Redmi Note 5A Prime or Redmi Note 5A Plus. The images revealed by the FCC listing show a metal unibody design with curved edges. The FCC listing shows a circular fingerprint scanner at the back of the device and two bottom-facing speakers. An LED coupled single camera is present at the top-left corner. There also a volume rocker and powerr buttons at its right edge and on the left there is a 3.5mm headphone jack on its top side. The body of the phone seems to be made of metal.

As per earlier rumours, the Redmi Note 5A Plus will feature 5.5-inch IPS LCD display and will be powered by Qualcomm Snapdragon 435 coupled with 4GB of RAM. It will offer 64GB of internal memory along with an expandable memory up to 256GB via microSD slot. For the camera, there will be a 13-megapixel rear shooter with LED Flash along with a 16-megapixel selfie shooter. The device will be powered by a 3,080mAh battery.