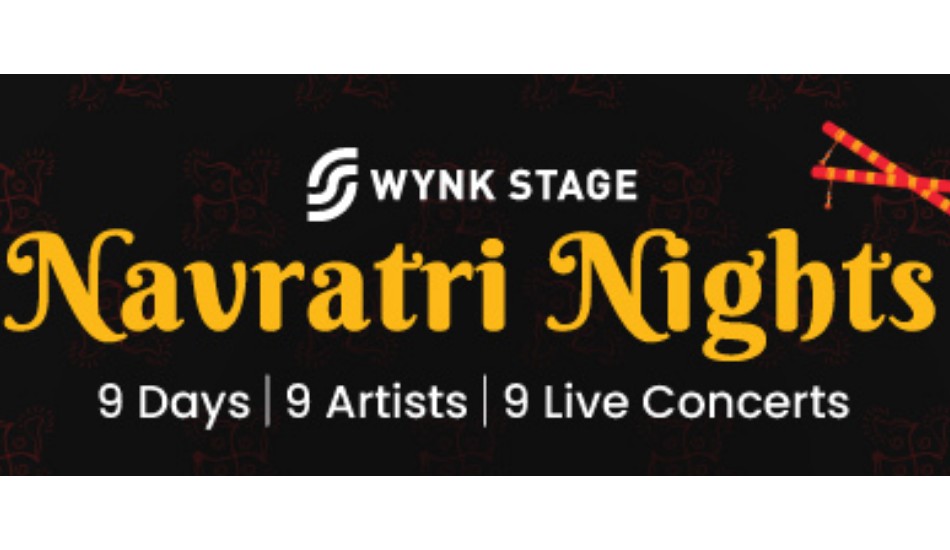 Airtel's Wynk Music has announced the online Navratri Nights concerts which will be broadcasted live on Wynk Music app from 17th October till 25th October.

Airtel’s Wynk Music, the music streaming app, today announced Navratri Nights, a first-of-its kind online concert series to ring in the festive spirit with live performances from some of the biggest music artists including Mika Singh, Kinjal Dave, Sachin-Jigar and many more.

Non-Airtel Thanks and Non-Airtel customers can subscribe to Wynk Premium for Rs 29 & get their access to nine online concerts. Airtel is providing complimentary access for Airtel Thanks customers and Wynk Premium users. The concert will be live streamed on Wynk Music app which you can download from the Play Store or App Store. 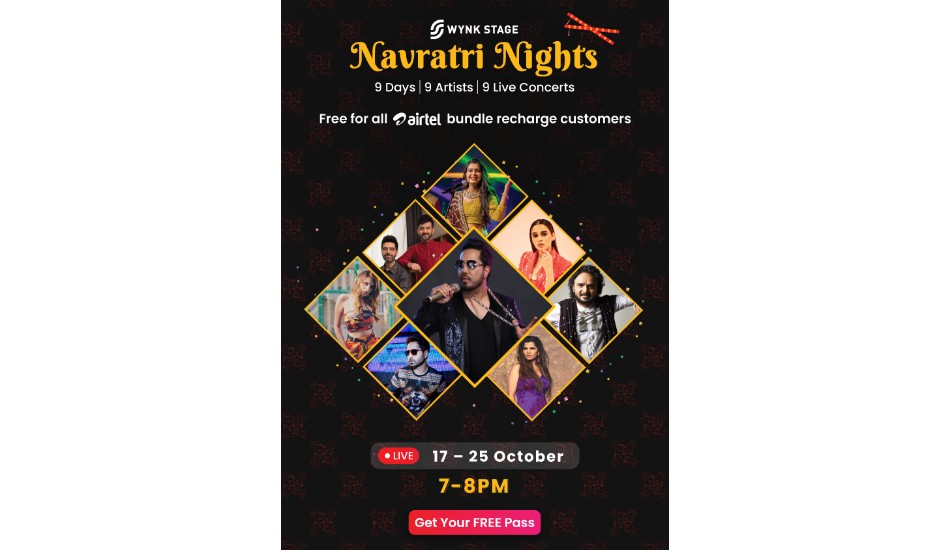 Airtel’s initiative has a motive of not letting people miss out on this year’s Navratri celebrations as India practices social distancing norms as part of its battle against COVID-19.

The Navratri Nights will be Live Streamed from October 17th- 25th, between 7-8 PM every day on Wynk Music App.

Here’s the full schedule for the Navratri Nights:

Opening night with DJ Khushi of “Wanna be my Chhamak Challo” and “Anarkali Disco Chali” fame.

Sachin-Jigar, the Hindi-Gujarati composer dou with hits like “Odhni” and “Dance Basanti”

Parthiv Gohil who has belted out multiple Gujrati hits songs

Sukrati and Prakrati Kakkar of the “Mafiyaan” and “Hum Tum” fame

Grand Finale with Mika Singh the superstar of Bhangra and Bollywood

As per Airtel, ‘Navratri Nights has been created on Wynk Stage, which uses advanced digital technologies to deliver seamless LIVE online events that can be attended by millions of users at the same time’. Users will also be able to post messages, song requests and interact with the artists in real time.