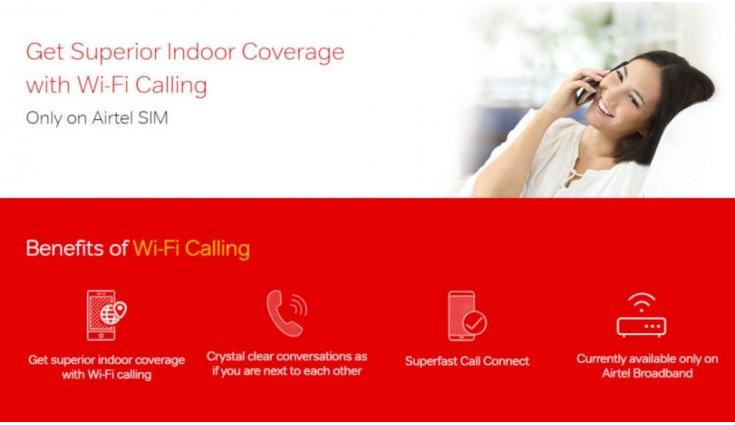 The company has rolled out the new service in Mumbai, Kolkata, Andhra Pradesh, Karnataka and Tamil Nadu.

Bharti Airtel has announced that it has started rolling out its voice over Wi-Fi service in more cities. The company has rolled out the new service in Mumbai, Kolkata, Andhra Pradesh, Karnataka and Tamil Nadu.

With this, Airtel customers in the above-mentioned cities can take leverage of Wi-Fi calling. For those who are not aware, the service uses WiFi networks to create a dedicated channel for voice calls and allows customers to make telco-grade calls to any network. The company has revealed that there is no extra charge for calls made over ‘Airtel Wi-Fi Calling’ and the application consumes minimal data.

The move came right after Reliance Jio introduced its Wi-Fi calling service in key regions in the country. The operator introduced WiFi calling service in Kerala, Maharashtra and Kolkata. In order to active Wi-Fi Calling feature, one can go to the Airtel website and check if the smartphone is compatible with this service or not.

Users then need to upgrade the device software to the latest version and once it is done, one can go to Settings and switch on Wi-Fi calling. As for the list of support, handsets are concerned, WiFi Calling is supported on Apple iPhones including iPhone XR, iPhone 6s, iPhone 6s Plus, iPhone 7, iPhone 7 Plus, iPhone SE, iPhone 8, iPhone 8 Plus, iPhone X, iPhone Xs, iPhone Xs Max, iPhone 11, iPhone 11 Pro.