Airtel Payments Bank has announced the launch of Micro ATMs enabling customers to do instant withdrawals. 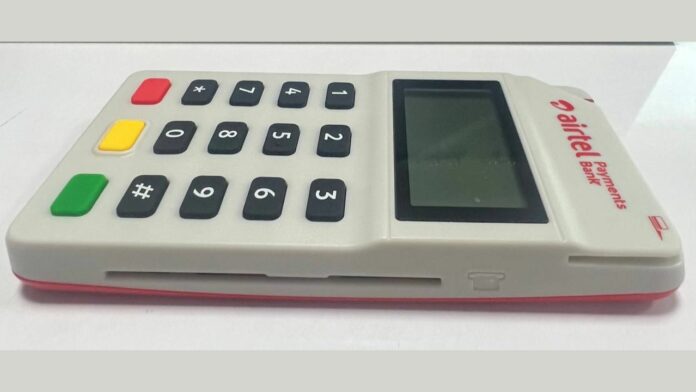 Airtel Payments Bank today announced the launch of Micro ATMs – a step towards better facilitating convenient cash withdrawals for debit card users who reside beyond the metro and tier 1 cities in India. The introduction of micro ATMs will enable customers to easily withdraw cash. Where is the service available, how will you be able to withdraw, etc are some of the queries we’ll be answering today. Take a look.

What are Micro ATMs?

Through this initiative, Airtel Payments Bank will leverage its strong network of over 500,000 banking points across India to give users access to easy cash withdrawals. Airtel Payments Bank is now integrated with the National Payments Corporation of India’s (NPCI) – National Financial Switch (NFS) to facilitate Micro ATM transactions.

Customers associated with any bank will now be able to use the Micro ATM facility at the neighbourhood banking point of Airtel Payments Bank. Using this service, customers will be able to withdraw cash without any hassle and almost instantly. Further, they can also check their account balance using their debit card at any bank at the designated banking point.

Is there any limit to the withdrawal amount?

Yes, there is a limit. A customer can withdraw up to Rs 10,000 per transaction through the Micro ATMs of Airtel.

Where are Micro ATMs available?

Micro ATMs will be rolled out in a phased manner. Initially, the bank will place 150,000 units in Tier II cities and semi-urban regions. Airtel says that these regions typically have a high demand for cash withdrawal services but limited access to ATMs, as a result of which the company is initiating the rollout with these regions.

How to use Micro ATM?

This is how Micro ATMs can help customers with cash withdrawals. We think this is a good effort from the Airtel Payments Bank which can help people in instant cash withdrawals instead of finding an ATM that may not be nearby.