Airtel and Jio both have acquired 5G spectrum in the latest auction for huge sums of amount. 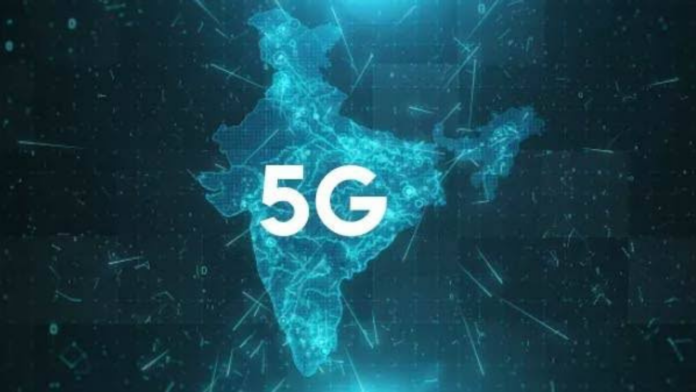 As the 5G spectrum auction concludes in India, both Jio and Airtel are now readying the infrastructure to launch 5G services in India as soon as possible. The bid was spread across a total of seven 5G bands with various frequency ranges. This also means that those smartphones which came with support for only two or three 5G bands won’t properly support 5G in the country, unless they rollout an OTA that changes things.

The bands that were put to auction in India include 600 MHz, 700 MHz, 800 MHz, 900 MHz, 1800 MHz, 2100 MHz, 2300 MHz, 2500 MHz, 3.3 GHz, and 26 GHz. Most of us would be experiencing the low and mid-band 5G networks which are also classified as sub-6GHz. Spectrum in the 1GHz to 6GHz range is considered as mid-band while low-band spectrum is any spectrum that is lower than 1 GHz on the spectrum chart. The n78 5G band, which covers a range of 3300-3800MHz will remain one of the most vital 5G band in India. Here’s a table showing all the frequency bands being used in India along with their corresponding frequency range:

Airtel has announced that it has acquired 19,800 MHz spectrum by securing a pan India footprint of 3.5 GHz and 26 GHz bands. In addition, the company was able to selectively bolster mid-band spectrum. This spectrum bank was secured for a total consideration of Rs 43,084 crores in the latest spectrum auction conducted by the Department of Telecom, Government of India.

Airtel says that it has secured 5G spectrum for a span of 20 years. In addition, this spectrum acquisition will enable Airtel to drastically reduce the payout towards spectrum usage charge (SUC) and eliminate the adverse SUC arbitrage compared to new entrants. It has accumulated the largest pool of low and mid band spectrum (Sub ghz/1800/2100/2300 bands) which can be used to provide the “best 5G coverage” per the operator. Massive capacities in the 3.5 GHz and 26 GHz bands will help Airtel to create 100X capacities at the least cost.

Airtel claims that this is a well thought out strategy which will allow the operator to avoid the need for adding an expensive sub GHz band. Airtel now plans to launch 5G services in every part of the country starting with key cities. “The company is convinced that its higher-quality customer base will adopt 5G devices at a rapid pace in the country”, said the company in a statement.

On the other hand, Jio acquired spectrum in the 700MHz, 800MHz, 1800MHz, 3300MHz and 26GHz bands in the 5G auctions. “The acquisition of the right to use this spectrum will enable Jio to build the World’s most advanced 5G network and further strengthen India’s global leadership in wireless broadband connectivity”, said Jio.

The total cost of acquiring the right to use the spectrum for a period of 20 years is Rs 88,078 crore. As per terms of the spectrum auction, the spectrum payments have to be made over 20 equated annual instalments, with interest computed at 7.2% per annum.

Jio has acquired a unique combination of low-band, mid-band and mmWave spectrum, which should enable it to provide 5G Everywhere and 5G For All. With its unmatched 700 MHz spectrum footprint, Jio claims that it will be the “only operator providing pan-India True 5G services with faster speeds, lower latency and massive connectivity”.

Jio also has the highest amount of sub-GHz spectrum with at least 2X10 MHz contiguous spectrum in both 700 MHz and 800 MHz bands across each of the 22 circles, which Airtel lacks. In addition, Jio also has right to use 1,000 MHz in the millimetre wave band (26 GHz) in each of the 22 circles which will be crucial to enable enterprise use cases as well as provide high-quality streaming services.