Acer may delay launch of Iconia Tab A510

Acer was to introduce the quad-core Nvidia Tegra 3 based Iconia Tab A510 tablet in India in the second quarter (July-August) of this year. However, the company foresees some unexpected delay in keeping up to that promise. Acer Germany, on its Facebook account, noted that due to the faults found in an important component, the Iconia Tab A510 and Iconia Tab A511 will be delayed. 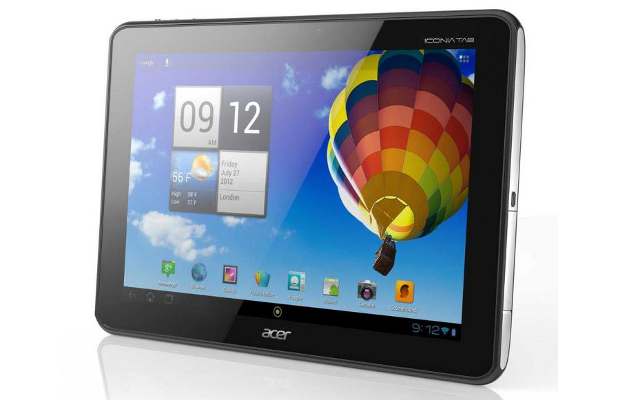 This Acer tablet, when launched in India, will run Android 4.0 Ice Cream Sandwich and will feature the new Acer Ring user interface. It will also feature the TegraZone app pre-loaded that will provide direct access to the list of games and applications optimised for the Nvidia Tegra 3 mobile processor.

At the back lies a 5 megapixel camera that can record 720p HD videos and even the front facing camera can perform HD video chats. Other features of the tablet include Bluetooth 2.1, WiFi, Accelerometer, GPS, Gyroscope sensor, micro USB and mini HDMI. The Iconia Tab A510 is the WiFI only version while the A511 is the WiFi+3G version.

Acer Germany also noted that the Iconia Tab A510 units already sold are not affected with this issue. We contacted Acer India if this delay in any way could possibly affect the release of Acer Iconia Tab A510 and anticipate a reply from them soon.