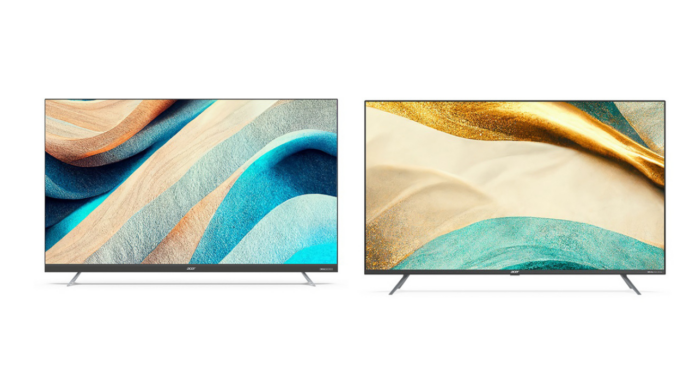 Acer has launched two new series of televisions in India, including the H-series and the S-series. The H-series includes four variants of TVs with UHD resolution while the S-series comes in HD and UHD option both. Moreover, both the series of TVs run on Google’s Android 11 TV OS.

Acer H-series TVs come in 43, 50, and 55-inch screen sizes which sport a 4K UHD resolution. It comes with features such as 420 nits brightness, 1.07 billion colours, HDR10+, HLG, and Dolby Vision support. They have a sound output of 60W with Dolby Atmos support.

Under the hood, the Acer S-series and H-series televisions are powered by a Cortex-A55 processor. The S-series 32-inch variant packs 1.5GB RAM and 8GB onboard storage whereas the other four models have 2GB RAM and 16GB internal storage for a smooth experience.