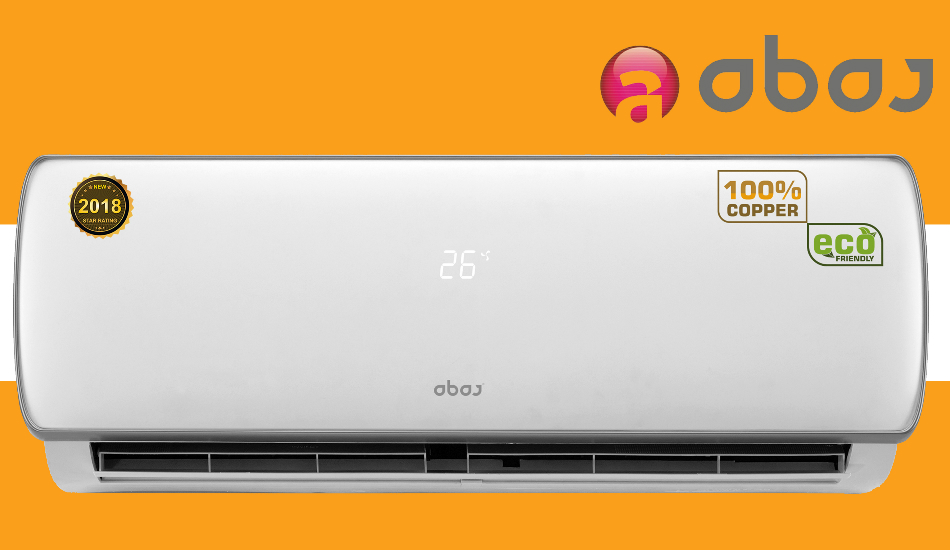 Known previously for selling LED TVs, ABAJ is entering the air conditioners market in India with the release of a new range of 5-Star and 3-Star rated ACs. The ACs come as a move to save the electricity costs during the oncoming long season of summer as ABAJ rolls out air conditioning systems in 1 Ton and 1.5 Ton capacities.

Both the 5-Star and 3-Star Inverter Split AC employ Variable Speed type Compressors, a Turbo Fan Speed mode, 4 Way Air Swing and Refrigerant Type (R-32). The AC incorporates the silent 55 dB level ODU technology which wouldn’t make as much noise as its competitors in the segment do.

In addition to being cost-efficient, the ABAJ Inverter AC also stays eco-friendly by not contributing towards global warming by emitting an Ozon Free Gas to the surroundings. There’s an IDU LED display on the front of the AC which displays the current operational specifications of the AC which can be controlled with the help of a remote control that also has an LCD bit display.

Speaking about the launch, ABAJ Managing Director, Nirav Patel said “This product is in sync with our brand philosophy and endeavors to delight our customers with innovative and relevant technology while also being true to our loyalty towards the environment. This is a future-ready product as it is energy saving. With the launch of our 1 ton and 1.5 ton 3 Star and 5 Star E-Saving Series 2018 air conditioners have worked towards building benchmarks for the industry when it comes to energy efficiency and eco-friendly features. Also, our government is actively promoting energy conservation – with strict energy rule or by encouraging public sector buildings to replace old inefficient appliances like Lights and ACs. As a responsible and indigenous organization, we have been worked hard to deliver this super-efficient appliance to the consumers. This best in class technology is a make in India product”.