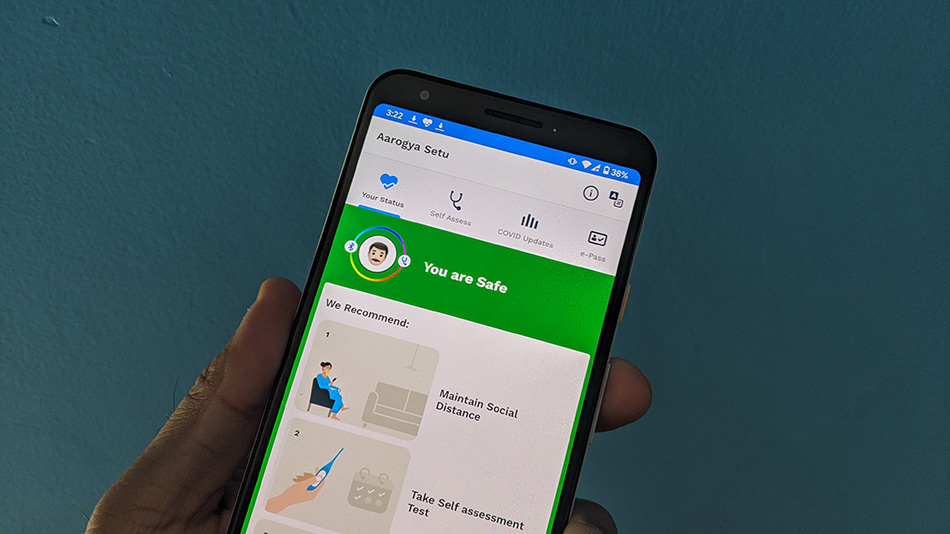 The app uses phone's Bluetooth and location access to communicate with other devices.

Aarogya Setu is now open source. After repeated attempts, the Indian government has finally made it official. “In line with India’s policy on open-source software, the source code of Aarogya Setu has now been made open source. The source code for Android version is available as of now, with iOS and KaiOS codes to be released in the coming weeks,” the government release said.

This development comes a few weeks after an ethical hacker claimed India’s contact tracing app has security issues, which is likely to put 90 million users and their privacy in danger. The hacker, who goes by the alias Elliot Alderson, reached out to the country’s regime via this tweet, ” Hi @SetuAarogya, a security issue has been found in your app. The privacy of 90 million Indians is at stake. Can you contact me in private? Regards,”

Soon he confirmed that someone from Indian CERT and NICMeity had reached out and the hacker shared the details of the issue with them accordingly.

As of 26 May, the app has over 114 million users which are claimed to be more than any other contact tracing app in the world. The government mentioned that almost 90 percent of Aarogya Setu users are on Android.

The app is available on Android, iOS and works via feature phones as well and pretty soon JioPhone users can also download the platform to their devices. But even with these figures, it’s hard to talk about the impact the app has made in the country’s effort to contain the spread of the coronavirus, especially as the cases in India continue to rise on a day-to-day basis.

Apps like these are relying on data provided through your smartphone, which is linked via GPS or Bluetooth data. But contact tracing has become a hot topic for its privacy concerns as well. After all, technology has not been the most reliable when it comes to keeping your data secure, Facebook being one of the prime examples. If you’ve downloaded theAarogya Setu app and signed up with the ecosystem, you’ll notice that most of the assessment is happening with the information the user provides to the app.