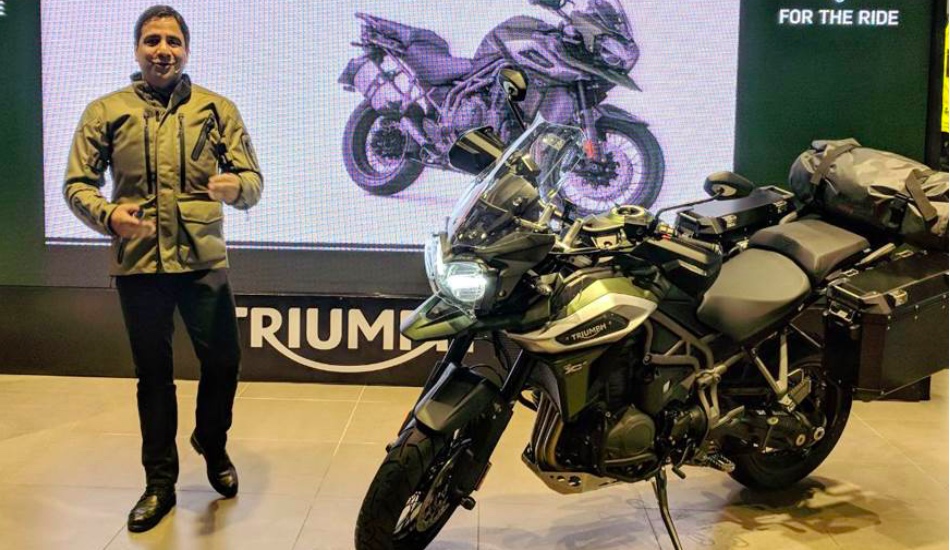 First time spotted at the 2017 EICMA Motorcycle Show held in Italy, the Tiger 1200 XCx is powered by the 1215cc displacement, liquid-cooled, inline three-cylinder engine. It is capable to generate maximum power of 141 bhp, which is 2 bhp more than the previous generation and the peak torque of 122 Nm.

The motorcycle is not only the most powerful but also claimed to be highly technologically advanced in the entire Tiger lineup. First time spotted at the 2017 EICMA Motorcycle Show held in Italy, the Tiger 1200 is powered by the 1215cc displacement, liquid-cooled, inline three-cylinder engine. It is capable to generate maximum power of 141 bhp at 9350 rpm, which is 2 bhp more than the previous generation and the peak torque of 122 Nm at 7600 rpm. 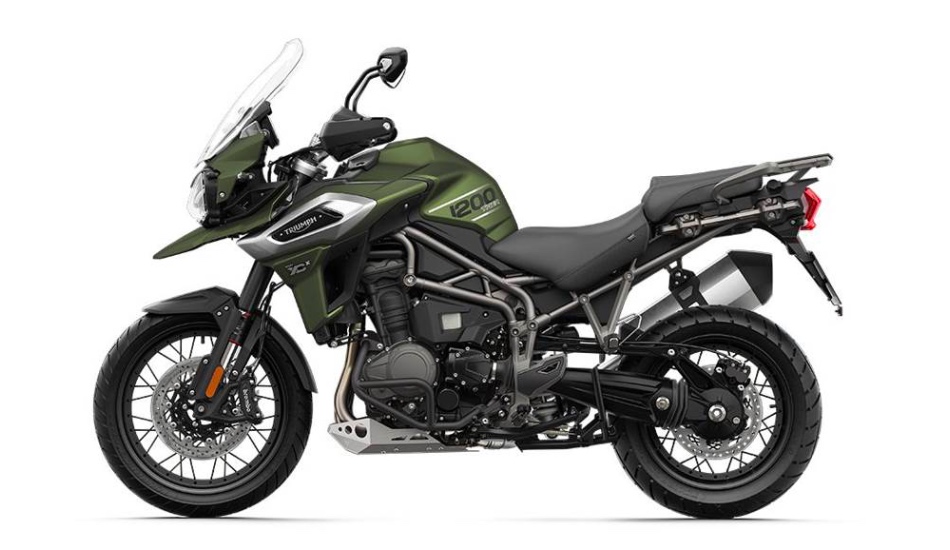 Mated to a six-speed transmission, the Bike is equipped with the dozen of updated features like the newLED headlight and LED DRLs, replacing the semi-analogue instrumental cluster it gets a new5.0-inch TFT screen,switchable Anti-lock Braking System (ABS), new cruise control system, keyless ignition, hill-climb with hill-hold assist, illuminated switchgear and six modes of riding, including the Off-road, Rain, Road, Sport, Off-road pro and Rider modes.

The bike rides on the WP 48mm upside down forks at the front (190 mm travel) with the WP 190 mm monoshock at the rear. The 10-spokes cast aluminium alloy wheels come with the size of 19-inch up front and 17-inch on the other end.

Further for breaking the former rim gets the twin 305 mm floating discs while the later comes with the single 282 mm disc. As far as dimensions are considered, the Tiger 1200 XCx measures the seating height of 835 mm with the dry weight of 242 Kg which 10 Kg lighter than the predecessor.

It is worth noting, in the international market, the Tiger 1200 is available is available in two range which includes the total of six machines. Four in the Tiger 1200 XR Range and Two in the Tiger XC range. However, in India, we will have only one trim, Tiger 1200 XCx from the XC lineup. Further, the Triumph dealers have started taking the bookings for the motorcycle with the token amount of Rs 2 Lakh.